The German government has announced it is suspending arms exports to Saudi Arabia and other countries waging war in Yemen, a measure that sets a new bar for Western countries selling to Riyadh and puts pressure on Canada to follow suit.

Human rights advocates have accused Saudi Arabia of war crimes over its conduct in Yemen, where more than 5,200 civilians have been killed and 8,800 injured since Riyadh began a military campaign there in 2015 against Houthi rebels aligned with Iran.

Canada is sending billions of dollars worth of armoured combat vehicles to the Islamic kingdom, which has ramped up a violent military campaign in Yemen, a country on its southern border.

The Saudi-led strategy includes aerial bombing, ground fighting and a blockade severely restricting the flow of food, fuel and medicine to civilians there.

The Trudeau government has approved the export of weapon-equipped combat vehicles to Saudi Arabia expressly to help Riyadh with the war in Yemen – part of a $15-billion contract brokered by Ottawa that will stretch over many years.

A memorandum from April, 2016, that the Liberals relied upon to justify granting the green light for these combat vehicle exports specifically mentioned Yemen.

Armoured vehicles previously sold by Canada to the Saudis – and already in use by the country – have appeared in videos and photos of the conflict in Yemen, including machines made by General Dynamics Land Systems in London, Ont.

Germany announced on Jan. 19 that it would "immediately" stop approving arms exports to parties participating in the war in Yemen, a group that includes Saudi Arabia – a major buyer of German weapons, according to Deutsche Welle, the country's public international broadcaster. This is a result of talks to form a coalition government. Chancellor Angela Merkel's spokesman wrote on Twitter that Germany "isn't taking any arms export decisions right now that aren't in line with the results of the preliminary talks."

The Saudi-led military incursion into Yemen, unresolved since March of 2015, has targeted Houthi rebels and other forces that Riyadh believes are supported by Iran.

The United Nations says more than 5,200 civilians have been killed and more than 8,800 injured – estimates it cautions are conservative.

"Germany's decision to halt arms sales to all parties to the devastating conflict in Yemen is tremendously encouraging," Mr. Neve said.

"Working to end suffering in Yemen necessitates keeping arms out of the hands of the various forces responsible for war crimes and other terrible abuses."

The Trudeau government declined to answer a question from the The Globe and Mail on Monday on whether it will move in concert with Germany.

Foreign Affairs Minister Chrystia Freeland's office referred the matter to her department. A Global Affairs spokeswoman said Canada "remains deeply concerned by the conflict in Yemen" – so much so that it sponsored a resolution at the United Nations Human Rights Council to investigate and report on the matter.

Last week, the Liberals announced $12-million in humanitarian aid for Yemen, where war has crippled the economy, left millions on the brink of famine and caused one of the most deadly cholera epidemics in modern history. The money brings to $65-million the amount that Canada has given to the Arab country.

Human-rights advocates have accused Canada of playing both sides of the conflict, profiting from arms sales but also trying to ameliorate it.

NDP foreign affairs critic Hélène Laverdière urged the Liberals to move in concert with Germany. "It's ridiculous to pledge humanitarian assistance to Yemen on the one hand, and to continue dealing arms to the perpetrators of the conflict on the other," she said.

The Canadian government is already under pressure to finish an investigation into Riyadh's deployment of Canadian-made combat vehicles against residents of Saudi Arabia in July, 2017.

Half a year after Ms. Freeland announced this probe, there is still nothing to report.

"The results of the investigation will be released in due course," said Adam Austen, spokesman for Ms. Freeland.

Last July, for the first time, video footage and photos surfaced on social media showing Saudi Arabia using Canadian weaponized equipment against residents of a minority-Shia Muslim region of the kingdom's Eastern Province. The Saudi embassy in Canada did not deny what happened but defended Riyadh's conduct, saying security forces found it necessary to use military equipment against what they called terrorists in al-Qatif.

The incident in July cuts to the heart of the controversy over whether the Trudeau government is violating Canada's weapons export-control rules by allowing arms exports to Saudi Arabia – including the $15-billion sale of weaponized armoured vehicles.

These rules call for restrictions on arms exports to countries with a "persistent record of serious violations of the human rights of their citizens." Shipments are supposed to be blocked unless there is "no reasonable risk" the buyer could turn arms against its own population.

Canada to provide $12-million to humanitarian groups in Yemen
January 19, 2018 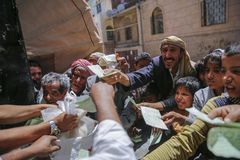 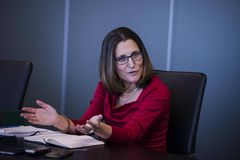