Four days after a pipeline operated by Plains Midstream Canada spilled an estimated hundreds of thousands of litres of oil into the Red Deer River in central Alberta, local landowners are waiting for answers.

"People are tired of hearing platitudes," said Bruce Beattie, the reeve of Mountain View County, one of the affected communities. "Tell us the facts. Don't try to make a political event out of it."

Any oil spill in Alberta is a sensitive issue because of the controversy surrounding the debate over the Gateway and Keystone XL pipelines, but Mr. Beattie pointed out there are safety concerns that have to be addressed. "They are going to have to be much more forthcoming about the processes that led up to this spill." '

Alberta Premier Alison Redford held a press conference Friday at the Dickson Dam on the Gleniffer Reservoir, which has been the focus of Plains Midstream's clean-up efforts. Gleniffer Lake provides the water supply for the City of Red Deer and it is a popular recreation area for fishing and boating. The company has been providing bottled water to people who draw their drinking water directly from the river and the reservoir, though the City of Red Deer indicated on its website that it didn't expect the spill to cause any problems.

"The situation appears to be in hand," she said, adding there was an investigation under way and it was too early to talk about the cause and impact of the oil spill.

There have been briefings, Mr. Beattie said, "but we need straight answers from everybody in one room."

There have been conflicting reports, for example, about the location of the original break, which was on the north side of Sundre, Alta., and left 40 kilometres of riverbanks and poplar bush covered in oil, which will likely be far more difficult – and expensive – to remove than the higher-profile slick on the reservoir.

The Alberta government's regulatory agency, the Energy Resources Conservation Board (ERCB), should be supplying the answers, but some residents of rural Alberta are skeptical of its efforts. "The oil and gas industry is embedded in our politicians and the politicians control the ERCB," said Don Bester, president of the Alberta Surface Rights Federation, which represents 1,400 landowners in the province who are opposed to several property-rights bills put forward by Ms. Redford's Progressive Conservatives before the April provincial election.

He said the majority of rural ridings in the southern half of the province voted for the opposition Wildrose Party, which had a platform to rescind all four bills immediately if it was elected. "When your main population of landowners all vote the other way, you know there's a problem in Alberta."

The gap between the interests of ranchers and farmers and the oil-and-gas industry is widening, bringing right-leaning landowners to the forefront of environmental advocacy in Alberta. "We're thankful we have an oil-and-gas industry that gives us the lifestyle we enjoy, but that doesn't mean we have to be hard on the environment," said Paddy Munro, one of Mr. Bester's members and a councillor for the county just east of the spill.

"We need to keep up with the questions: How many pipelines are we talking about crossing the Red Deer River? How old are they? Who owns them? What condition are they in? What are the maintenance schedules?"

According to Mr. Bester, it wasn't a matter of if there was going to be a pipeline break in the Red Deer River corridor, but when.

"There's another pipe right next door, just 100 feet away from the one that just got wiped out," he said. "You can't have exposed pipe in high flood-plain rivers where all it takes is one big tree stump or a bunch of rocks and that pipe gets damaged."

Neither Mr. Bester nor Mr. Munro are convinced the solution is to wait for the province to carry out another investigation. "We've already got some great regulations," Mr. Munro said. "We just have some poor regulators."

Mr. Bester said his organization has spent the past eight years lobbying the National Energy Board and the ERCB to take a serious look at every river pipeline crossing in Canada and to use new technology to bore them underneath riverbeds so that future breaks won't affect the water supply.

"Any time you lobby against anything our current government is doing, you get labelled a terrorist, pretty near," he said, describing his organization as a "thorn in their side."

"We've made recommendations that fall on deaf ears. They're not going to listen to a bunch of old farm boys, even though some of us have been in the oil-and-gas industry for 30 years." 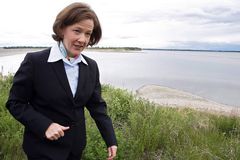 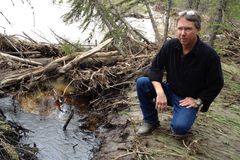