In the wake of Aleppo, instead of writing the eulogy for R2P – the Responsibility to Protect commitment endorsed by all member states of the United Nations in 2005 – liberal internationalists should seize it as a call to action.

Canada can help. It is time to resuscitate the human-security agenda as a major foreign-policy initiative that would also provide a meaningful Canadian platform in our bid for a Security Council seat in 2020.

In many ways, R2P was a Canadian initiative, the capstone to the Chretien Government's human-security agenda. Michael Ignatieff was one of R2P's intellectual godfathers. Ambassador Allan Rock led the successful campaign that led to the UN adoption of R2P at its World Summit in 2005, where members endorsed the protection of populations. R2P meant "never again" to genocide, ethnic cleansing, war crimes and crimes against humanity.

R2P nicely complemented the other major achievements of the human-security agenda: the Land Mines Treaty (1997), the creation of the International Criminal Court (2002) and a continuing succession of UN resolutions condemning the recruitment of child soldiers and use of small arms.

Today, the accomplishments of the human-security agenda are under threat. During his recent visit to Ottawa, U.S. Vice-President Joe Biden encouraged Prime Minister Justin Trudeau to champion the liberal international order.

It will be a tall order, especially for a leader who has a big domestic agenda to fulfill and who has already carved out an international leadership role on climate change – a bigger challenge given the change in attitude of the next U.S. administration.

Michael Small, who directed the human-security agenda within Canada's Foreign Affairs Department, has set forth three lessons from that initiative that the new government could usefully heed.

First is to find a champion within cabinet.

Second is to respond to pressing security needs.

At that time, it was the surge in intra-state conflicts, but today it would also include terrorism, the rise in authoritarianism and declining confidence in rules-based international institutions.

Third is to develop new ideas and build intellectual capital.

The government invested in research at universities, think tanks and non-governmental organizations and encouraged junior officers in Canada's Foreign Affairs Department to think creatively. That resulted in Canada creating the International Commission on Intervention and State Sovereignty, in which Mr. Ignatieff played a lead role along with Australian Gareth Evans and Algerian Mohamed Sahnoun.

In a retrospective look at R2P, Mr. Ignatieff argues that governments must underline to their citizens that protecting civilians is "about preventing harm, not primarily using force." Avoiding mission creep, he argues, is vital.

All of these lessons will need to be applied if Mr. Trudeau to deliver on his promise to the UN that Canada is "here to help." Mr. Small also suggests that the Trudeau government could update the human-security agenda with the inclusion of three issues in which it already has a track record: refugee protection, pluralism as an instrument for dealing with conflict reduction and social inclusion, and empowering women.

Building all-party support will be important. The Harper government forcefully promoted maternal and child-health initiatives as well as "girls not brides," and this work should continue.

Revitalizing R2P will not be easy.

The first test for Mr. Trudeau will be convincing U.S. president-elect Donald Trump to engage. The United States is the guardian of the liberal international order and its deterrent muscle is indispensable.

The tragedy in Aleppo, described by a UN spokesman as a "complete meltdown of humanity," represents a failure at many levels – national, regional and international. The international humanitarian norms that underwrite human security are eroding, if not collapsing. The secondary effects – a deluge of refugees and terrorism – have contributed to the rise of populism and right-wing movements across the West.

Former UN secretary general Kofi Annan once asked: "If humanitarian intervention is, indeed, an unacceptable assault on sovereignty, how should we respond to a Rwanda, to a Srebrenica – to gross and systematic violations of human rights that affect every precept of our common humanity?"

The "shift in the angle of vision" – from that of the state to that of the well-being of its citizens – that inspired R2P and the human-security agenda has lost none of its relevance.

The international community came together after the tragedies in Rwanda (1994), Srebenica (1995) and Darfur (2003). Aleppo reminds us that R2P and the cause of human security needs fresh thinking and new champions. 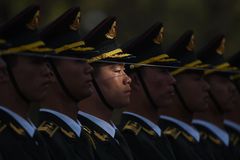