John Baird is in the process of reconciling the Harper government's staunch pro-Israel view with sending new money to Palestinians.

The context is the push by U.S. Secretary of State John Kerry for new Palestinian economic-development measures to improve the climate for revived peace talks. His Canadian counterpart, Mr. Baird, never sounds very hopeful about a near-term peace agreement, but he's embraced this new kind of aid initiative, deal or no deal.

Recall that Mr. Baird went to the United Nations last year to vocally oppose the Palestinian Authority's bid for observer-state status, as the Harper government warned of consequences. Canada's Palestinian aid package was put under review.

But on Wednesday, when Tony Blair, the Middle East Quartet envoy, came to Ottawa to ask for support for economic-development initiatives, Mr. Baird was positively enthusiastic. "Canada is absolutely committed to looking at new and creative ways that we can assist you in helping the Palestinian people," he told the former British PM.

Has Stephen Harper's government undergone a sudden transformation? No. It isn't dropping its pro-Israel stand. This position is supported by Israel, and more so by key figures in Canada's Jewish community. The plan appeals to the free-enterprise, conservative ideology that Mr. Baird embraces. And that's probably how he can sell it to the Tory cabinet.

Mr. Kerry's push for economic development measures to build a climate for peace provided an opening. The U.S. wants other countries to pony up.

Mr. Blair, as envoy of the Middle East Quartet – the United Nations, United States, European Union and Russia – heads an office tasked with smoothing practical issues between Israel and Palestinians, including economic development.

But Mr. Baird has bought into the proposition even if current peace talks don't reach a settlement, arguing it's a good idea for the region, including Israel. He said Wednesday he's a "realist" about the prospects of peace talks, but he's clearly skeptical.

Politicians who visit him from both sides sound deeply pessimistic. "I admit I feel ambivalent about it," Yuval Steinitz, Israel's Minister for Strategic Affairs, said in an interview Sunday – arguing that even after Israel released prisoners "anti-Israeli and anti-semitic incitement" on Palestinian Authority TV and radio make Israelis wonder "what kind of peace are we going to get." A month ago, Palestinian foreign minister Riyad al-Malki, visiting Ottawa, argued Israel still acts like an "occupying power" and said "as long as this kind of unbalanced situation exists, I don't see any possibility for things to move forward."

But after meeting Mr. al-Maliki, Mr. Baird announced the first contribution for a fund organized by Mr. Kerry, $5-million, and made it clear Canada will eventually adopt a new multi-year Palestinian aid package.

It's not a clash with pro-Israel politics. Shimon Fogel, the CEO of the Centre for Israel and Jewish Affairs, had been advocating for something like it even before there were renewed peace talks – to grow Palestinian businesses and jobs. That will raise the quality of life, he said, but also make Palestinians feel "that they're stakeholders in things moving towards normalization and peace," he said.

He argues that some in the Palestinian leadership have resisted that, believing it's an attempt to make the status quo more palatable. Mr. Baird made the same point on Wednesday, saying that Palestinians were once "skeptical," but the peace talks have made them more "confident."

Mr. Baird is keen. It's private-sector-centred, to grow Palestinian businesses and jobs, through development projects, seed funding and investment. It's stuff, Mr. Baird noted, that Tories like to talk about. He argued economics – the "dignity" of a job – not necessarily political freedoms, are often behind unrest.

Aside from the $5-million, the government has yet to commit dollars, and Mr. Baird may face doubters in cabinet. But so far this is the Palestinian aid plan that fits with Tory politics.

Opinion
For Palestinians, the other enemy is their own leadership
October 23, 2013 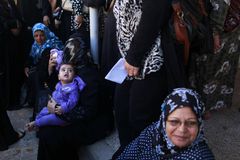 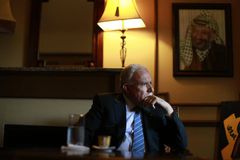 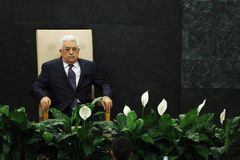 Outrage over pro-Palestinian ads a case of shooting the messenger
August 31, 2013