For a moment, it seemed Indigenous Affairs Minister Carolyn Bennett was jumping to a half-baked conclusion when she declared that the problem of missing and murdered aboriginal women is "way bigger" than the 1,200 cases identified by the RCMP. It turns out she was making a crucial point.

Dr. Bennett doesn't have another number. The minister, who has been travelling the country to conduct consultations on an inquiry, said she has reports of suspicious-sounding accidents, of suicides that don't sound like suicides, of near-misses and escapes. She can't know which were murders or abductions or if it's true that, as many relatives and indigenous women believe, many cases that should have been investigated as murders were never opened at all.

And that's at the nub of what needs investigating. There's a large, identifiable group with a fundamental lack of confidence in Canadian justice, and a prevailing belief that many deaths and disappearances have been ignored. There's no way to hold a useful inquiry without addressing that.

The 1,200 figure that Dr. Bennett doubted wasn't just conjured from thin air. It was an accounting of recorded cases compiled by the Royal Canadian Mounted Police. In 2014, they reported there were 1,181 police-recorded cases between 1980 and 2012 – 164 missing and 1,017 homicides.

So when Dr. Bennett said on Monday that the problem is "way bigger than 1,200," it seemed she was drawing up her own anecdotal accounting before an inquiry was begun.

But on Tuesday, in a lengthy scrum with reporters, Dr. Bennett was making a critical point about the purpose of an inquiry. The RCMP did their best, she said, but there are many stories of more cases. "We think we need the facts," she said.

What needs investigation, she argued, are not just the cases of murdered and missing, but the stories of those who escaped murder and survived violence or abduction; they aren't part of the 1,200 cases, but they are part of the same problem. It's not just the documented files but the many cases that people in indigenous communities believe were murders left unexamined, such as the story about a woman shot in the back of the head whose death was deemed a suicide.

"I think what the families would say is that a lot of these cases were never opened in the first place because there wasn't an investigation," Dr. Bennett said. "It wasn't deemed a murder. It was deemed a suicide or an accident or natural causes or an overdose. So … time and time again, the family will tell you that the file is empty."

She could be accused of prejudging the outcome. But not in an important way. The minister can hardly avoid giving some credence to those reports without dismissing all of them. And no inquiry could serve its purpose without examining that key issue of whether cases of deaths and disappearances went neglected.

That's long been part of the political tension, too. The former Conservative government of Stephen Harper rebuffed calls for an inquiry for years, arguing that while murders of indigenous women were tragic, they were no mystery. "Most of these murders, sad as they are, are in fact solved," Mr. Harper said during the previous election campaign. Indigenous women's groups argued he didn't want to investigate.

Now, the Liberal government, having promised an inquiry, will surely have to ask the commissioners to look into at least some of those reports Dr. Bennett references. Will it mean the long, sprawling, detailed task of reopening cold, never-investigated files? Dr. Bennett said the scope of the inquiry remains to be decided. Certainly, no inquiry could realistically look into them all, going back decades. But how can any inquiry serve the key purpose of giving the public confidence if it doesn't grapple with that question of undocumented cases?

Way bigger? Dr. Bennett doesn't know the number of cases, though she does seem to believe there are more. But she's right that there are way more stories, beyond those 1,200 cases, that will have to be part of the inquiry if it's going to have a point at all.

Ottawa to see if list of missing and murdered indigenous women can go public
February 16, 2016 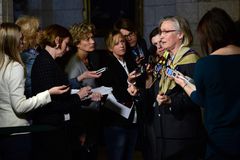 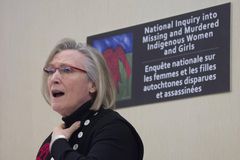 The Trafficked: How sex trafficking works in Canada
February 10, 2016

The Trafficked: The story behind our investigation into the exploitation of indigenous women and girls
February 10, 2016
Follow Campbell Clark on Twitter @camrclark
Report an error Editorial code of conduct
Due to technical reasons, we have temporarily removed commenting from our articles. We hope to have this fixed soon. Thank you for your patience. If you are looking to give feedback on our new site, please send it along to feedback@globeandmail.com. If you want to write a letter to the editor, please forward to letters@globeandmail.com.
Comments