The Conservative government has taken a consumer-friendly approach to telecommunications, broadcasting, cross-border shopping and credit cards.

It's enough to make bankers uneasy, as their sector is next.

The Tories are planning to release a new financial consumer code before the next election, lobbyists say, including the possibility of new powers for Ottawa's consumer finance czar. Details about the new code could be announced in this year's federal budget, expected in weeks.

In an effort to minimize any regulatory impacts, Canada's biggest banks have been actively lobbying on the issue as they already face headwinds from low interest rates, depressed oil prices and a slowing Canadian economy. "Consumer issues" has been a topic for scores of meetings between financial lobbyists and the government in 2014, according to the federal registry.

"This is a very politically sensitive issue, so the banks are sensitive to it," said Meny Grauman, an analyst with Cormark Securities "... [and] we're in an environment where banks are focused on cutting expenses."

Since 2013, the government has been working on a new comprehensive financial consumer code that's intended to consolidate a patchwork of rules under the Bank Act, regulations, voluntary codes and other guidance. The government is looking at affordability issues for financial services and ways to strengthen the Financial Consumer Agency of Canada, a consumer protection body that will enforce the new framework.

It's unclear whether the code could venture into the regulation of consumer banking fees such as those charged for receiving cheques or making foreign currency purchases.

Terry Campbell, president of the Canadian Bankers Association, said the group supports a consolidated new code, though he doesn't want to speculate on whether it could cover fees.

"We expect to see principles that will apply, but what goes beyond that, it's up in the air," said Mr. Campbell, whose association represents Canadian banks CIBC, Royal Bank of Canada, TD Bank Group, BMO Financial Group and Bank of Nova Scotia, among several others.

The CBA has proposed a principles-based approach, arguing for a federal code supported by a regular dialogue between financial institutions and the regulator that would provide more flexibility and accommodate technological innovation. The group opposes a more prescriptive, American-style regulatory system.

"In the United States, it's extremely prescriptive, with very detailed rules," Mr. Campbell said. "The more prescriptive you are, [as] we see in other jurisdictions, it's, well, 'If they didn't specify it, we can do it, or we can find ways around it.'"

Under the topic "consumer issues," the CBA reported meetings this year with senior Finance Department officials and members of Finance Minister Joe Oliver's office. The topic was also listed for a round of discussions last September that Mr. Oliver had with CIBC, BMO, National Bank of Canada, Royal Bank of Canada, TD, and the CBA, according to the federal lobbyist registry.

Since November, "consumer issues" has also been the topic of lobbying discussions with ministerial staff and officials in the Prime Minister's Office by Manulife Financial Corporation, Visa Canada Corporation, TD and Genworth MI Canada Inc.

The FCAC, headed by Lucie Tedesco and with a staff of about 80, currently has powers to collect information, seek compliance agreements from financial institutions, or impose administrative monetary penalties of up to $500,000. The government has already increased the FCAC's budget and its maximum penalties, and is looking at giving the commissioner the power to compel "redress," in which financial institutions would compensate mistreated consumers, providing an alternative to class action suits. The CBA is opposed to the idea.

Consumer groups from across the country, including the Public Interest Advocacy Centre and Option Consommateurs, participated in the government's consultation on the code last year, and are calling for tougher measures.

Option Consommateurs has suggested regulating fees for cheques, the number of free transactions that can be made per month under low-fee accounts, or the availability of branches in remote or low-income areas. "We're concerned about access to financial services, especially for vulnerable populations," said Sylvie De Bellefeuille, a lawyer with the group.

PIAC recommended looking at the systems in Ireland and Australia and creating a separate ombudsman for complaints. John Lawford, head of PIAC, said he doesn't think the new code will go so far as regulating fees, though the introduction of any new code is a start. "You get something in that's half a loaf, and then it gets better over the years because people add to it," he said.

Stéphanie Rubec, a spokeswoman for the Department of Finance, said the development of a new regulatory framework is an opportunity to "strengthen the consumer protection regime to make it more flexible to address the evolving financial services sector, and take into account the needs of vulnerable Canadians, including seniors and those at risk of financial abuse." 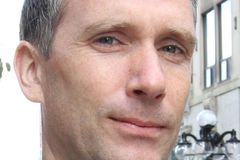