Canada's involvement in the chronic civil war within Islam has diminished from fighting in Afghanistan to air support in Libya to logistical support in Mali to expressions of support in Syria.

But non-involvement in the impending attack by the United States and its allies might actually make Canada a valuable asset down the road.

"When both sides fatigue each other enough that they are willing to sit down and at least sign some kind of ceasefire – which is probably the only way that this is going to end because nobody is strong enough to win and nobody wants to lose – then we'll probably have to put some troops on the ground to monitor that ceasefire," says Christian Leuprecht, a political scientist who teaches at Kingston's Royal Military College and Queen's University.

"And we have a long history of doing that."

Though it would be some irony if Stephen Harper, of all prime ministers, sends Canadian forces overseas wearing blue helmets.

All of the signals coming from Washington, London and Paris point to a brief and remote-controlled strike against Syria in retaliation for the alleged use of chemical weapons by the Assad regime.

"We seem to be looking at a military operation that will be the proverbial shot across the bow and not much more, using standoff weapons [such as cruise missiles and drones] against military targets," said Fen Hampson, Director of the Global Security Program at the Centre for International Governance Innovation.

As for Canada's role in firing that shot, "the only ask will be an ask for diplomatic support," he predicted.

Foreign Affairs Minister John Baird said as much when he spoke with reporters Wednesday, after meeting with George Sabra, head of the Syrian National Council.

"Canada does not have a lot of weaponry in the region," Mr. Baird observed. "Certainly not military force involving cruise missiles and the like. So we will wait to see what President [Barack] Obama decides."

A limited, even token, response would no doubt suit the Harper government fine.

Establishing a no-fly zone over Syria would be expensive and bloody – a billion dollars a month, by some estimates – and no NATO country appears to have an appetite for it.

The Harper government is determined to eliminate the federal deficit by 2015. Sustained action in Syria, even if it does not involve boots on the ground, would last for months and unbalance the books.

Right now, Canada's involvement in the conflict is limited to humanitarian support. That support will doubtless increase as things get worse.

If the situation does escalate, Canada might offer an allied force the loan of one of its C-17 heavy lift transport planes. But Mr. Harper is not willing to go further, and Mr. Obama is unlikely to ask him to.

And Canada may have a different role to play, down the road.

Liberal governments began and the Conservative government accelerated Canada's shift from peacekeeping to active fighting. But if this country limits its attacks on Syria to the rhetorical, then it would make Canada a natural choice to participate in any peacekeeping mission.

"If you're going to be going in and bombing the place, you're unlikely to be the party that puts boots on the ground when it comes to monitoring some sort of ceasefire," Prof. Leuprecht observes.

Refusal to get involved in the war in Syria could equip Canada to contribute to the peace. Though it's difficult to imagine any kind of peace right now. 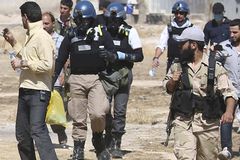 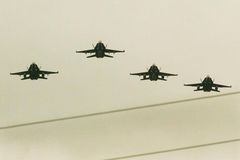