With two years until an election, the race to replace outspoken former Conservative MP Brent Rathgeber has already begun.

Mr. Rathgeber quit the party in June after his private member's bill pushing for salary disclosure was watered down by his own party. Now an Independent MP representing the Edmonton-area riding of St. Albert, he's since emerged as a vocal critic of the clout and tactics of Stephen Harper's Prime Minister's Office. His critiques have extended to the Conservative convention in Calgary this week.

"Government is still too big and too expensive, in my view, and there's been a complete departure from the principles of open and accountable government," Mr. Rathgeber said at the Conservative convention, where he did not have delegate status or access to the closed policy debates. He has said he'd not run again if the Conservative government returned to its roots.

"I think the situation has gotten worse, rather than better. So if the election were held today, yes, I would put my name forward as an Independent candidate, to give the voters of [the riding of] St. Albert-Edmonton two very, very stark contrasts of choices," Mr. Rathgeber said. He said his decision was spurred because "tire-kickers have come forward," and casts the battle as essentially one between him and a candidate representing the powerful PMO.

"[Voters] can elect a Conservative candidate who will represent the Prime Minister's Office if he's still Prime Minister after the next election ... or they can elect a conservative who will take their values to the floor of the House of Commons, like I do when I get to ask an unvetted question every week," he said.

The party has wasted no time in preparing a challenger – and one who is pledging the brand of party loyalty that drove Mr. Rathgeber out. The first declared candidate for the Conservative nomination is Michael Cooper, a 29-year-old Edmonton lawyer with deep party ties who lives in St. Albert. Sitting in an café earlier in the week, Mr. Cooper walked a delicate line, personally sympathizing with Mr. Rathgeber, whom he has long known, but not his decision to go rogue.

"I think ultimately it was the wrong decision to leave. Why? Because he was elected as a Conservative member of parliament to represent the Conservative Party," Mr. Cooper said, later adding: "It ultimately was not a hill to die on, so to speak, to abandon sitting in a government caucus that has consistently delivered for Alberta."

Mr. Cooper has never run federally, but is well-known in the party and, in an interview, displayed a knack for recalling election results in riding races going back to when he was a child. He quickly lined up a series of endorsements, including Alberta's Finance Minister Doug Horner, Deputy Premier Thomas Lukaszuk, Justice Minister Jonathan Denis, Senator Betty Unger, Ottawa-area MP Pierre Poilievre and other current and former politicians in St. Albert.

Mr. Cooper attended this week's Conservative convention in Calgary after his launch, but has announced no endorsements from Conservative MPs – some of whom could rally around one of their former fellow candidates.

Mr. Cooper said he decided to seek the nomination after friends encouraged him to. "I came to the conclusion I have the right knowledge, the right experience and the right familiarity with the riding to be a strong and effective voice for the people of St. Albert-Edmonton in Ottawa," he said, referring to the revised name of the riding under new electoral maps.

But Mr. Cooper makes no bones about being a party man, saying it would take an extreme case to go rogue like Mr. Rathgeber.

"I can't answer that hypothetical question. I'd have to look at the issue of the time and make a determination. Well, as a general rule, there would have to be very exceptional circumstances not to [vote with the party]," he said, after earlier saying party loyalty is a reality of Canadian politics.

"You know as well as I do that our parliamentary system is based upon parties. That's how it's structured. That's how things get done. That's how issues move forward. So it's very difficult to move issues forward when you're out on your own. It's difficult to craft or help change legislation when you're shut out of the committee process, as is Brent," he said.

Whoever wins the nomination – Mr. Cooper, Mr. Hastman or otherwise – will have the help of a powerful party brand, and funding. Independents rarely beat party candidates.

Mr. Rathgeber acknowledges he faces a deep disadvantage without a party affiliation, barred for instance from raising money until the election begins. But he said he's "not so sure" an Independent candidacy is a long shot.

"There is a real groundswell of support for what I did, especially in St. Albert. Less so in Northwest Edmonton," he said, adding: "There's going to be intense media interest, I suspect, and that's going to help the Independent incumbent get his message out that democracy is not working. And that if you have a government that's unaccountable to the elected legislature, unaccountable to the elected parliament, you get bad decisions – like rogue chiefs of staff that decide to make Senate expense scandals go away, using very unorthodox and possibly illegal means. That is the end result of having a government that is not accountable to anybody, unaccountable to parliament. I think it's not a difficult sell that Canadians want to remedy that. It's just a matter of reaching enough of them."

It's unclear when a candidate will be selected, as Conservative nomination dates haven't been finalized.

new
Rathgeber reflects on the ‘relief’ of leaving the Tory fold
June 11, 2013 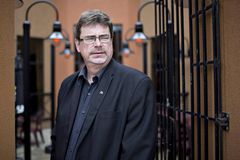 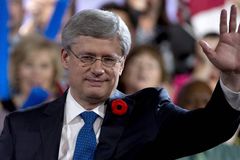 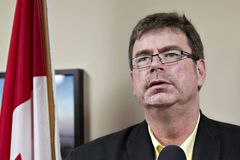 Harper rallies his Conservative base – and slams everyone else Subscriber content
November 1, 2013 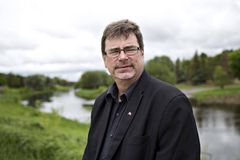