As the cardinals pray and vote for a new pope, Canadian Liberals might offer a prayer of their own – for a return of the Catholic faithful.

From the mists of Confederation until about a decade ago, Catholics voted Liberal. The Liberal Party defended the rights of French, Catholic Quebec and of francophones outside Quebec. The Liberal Party was the party of open immigration, encouraging Catholics from Ireland and from Eastern and Southern Europe to make Canada their home.

"A bond that was there a decade ago snapped," said Andrew Grenville, chief research officer for the polling firm Angus Reid. The shift of Catholic voters from the Liberals to the NDP in Quebec and to the Conservatives in the rest of Canada marks, he said, "a radical shift … the end of an era."

In Quebec, the Liberals ran third among regular Catholic churchgoers, behind the Conservatives and New Democrats. The real story in Quebec, though, was that 40 per cent of Catholics who did not attend church regularly and 42 per cent of those with little or no religious affiliation voted NDP. Since Quebec is now a largely secular society, that put the New Democrats far ahead of any other party in overall support.

Mr. Graham attributes two causes to this Catholic loss of faith: In Quebec, the sponsorship scandal so disgusted voters of all faiths and persuasions, including Catholics, that support for Liberals evaporated virtually everywhere outside the Protestant English enclaves in Montreal.

In the rest of the country, he believes, the principal cause of Liberal decline, especially among immigrant voters, was the perceived weakening of commitment to communitarian values, such as support for the family and for safe and secure communities.

Stephen Harper's Conservatives, in contrast, place a heavy emphasis on law and order, on support for traditional families and on strong communities (which is one reason the Prime Minister likes to be seen in hockey arenas). And new immigrants from Catholic countries – the Philippines, for example, which Mr. Harper recently visited – have discovered that the Conservatives are now every bit as pro-immigrant as the Liberals.

The Conservatives also strongly promote protecting religious minorities. The new Office of Religious Freedom was created as much to demonstrate to immigrant Canadian voters that the government is determined to protect their rights as it was to chastise offending governments overseas.

And so from rural Eastern Ontario, where French and Irish accents can still be heard, to the swathes of East and South Asian voters in suburban Vancouver, immigrants – including Catholic immigrants – have switched their allegiance from the Liberals to the Conservatives.

Identity politics is on the wane in Canada, as elsewhere. Voters – immigrant and native-born, religious and non-religious, Catholic and Protestant and atheist – are less inclined to identify with a party, and more inclined to support whichever political leader speaks to their values and interests.

Justin Trudeau, assuming he becomes Liberal leader, will want to win Catholic voters back by finally banishing the ghosts of the sponsorship scandal, by strengthening bonds with immigrants and by convincing Catholics of all hues that they can believe in the Liberal Party again. 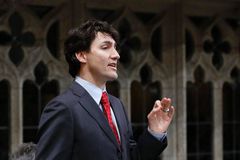 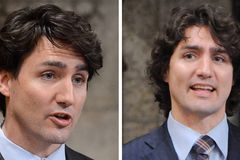 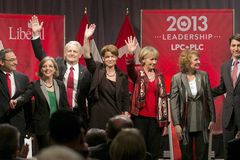