He's back in the Senate, and back claiming living expenses in the city where he's been living since 1971. But don't blame Senator Mike Duffy.

The first time, you could sniff at Mr. Duffy's grasping sense of entitlement, or even the man who appointed him, then-prime minister Stephen Harper. The second time, you have to blame the people who didn't shut it down. That's not just the Senate, but the people responsible for protecting the public purse – ministers of the Crown and their current chief, Prime Minister Justin Trudeau.

We know, after Ontario Court Justice Charles Vaillancourt emphatically acquitted Mr. Duffy on all counts, that the senator did nothing illegal. The Senate's rules were vague.

The Mike Duffy dossier: What you missed in his courtroom drama

The frantic 24 hours ahead of Duffy's payment-plan declaration

And we know, from his own assertions, that Mr. Duffy felt he was entitled to claim the money – per diems while he was staying at the house in Ottawa's Kanata neighbourhood that he had called home long before he was summoned to the Red Chamber. So it should be no surprise that he is claiming it again.

Mr. Duffy's only comment about the new claims was terse and straight to that point: "I filed my claims as the Senate rules provide, as was approved by Senate administration, and as Judge Vaillancourt agreed were valid," he said in an e-mail.

It's all legit: He has, according to Senate employees, submitted a declaration that he's a resident of Prince Edward Island, along with a PEI driver's licence and an assessment from the Canada Revenue Agency saying he's an Islander in their books.

So now it's only the smell test that still causes problems.

Mr. Duffy lived in Ottawa before he took office in the Senate in 2009, but he argued he had to re-establish himself in PEI once he had been appointed as a senator from that province, and to that end, he upgraded his cottage in Cavendish. That meant that when he was at his long-time home in Ottawa, he claimed he was on travel status, and collected a per diem. In other words, to pay him back for renovating his cottage, the people paid him per diems when he was at home. The rules were vague. They're clearer now, but they still allow it.

The sums are small. Mr. Duffy's latest report shows he claimed $1,691.59 for living expenses in the period between March 1 and June 30 – in fact, he was only able to claim expenses after he was acquitted on April 21. There are new, tighter Senate rules now: Senators can claim only $30.92 a day for being on travel status while living in an Ottawa property they own, a maximum of $11,286 a year.

But that still falls short of what most people want to see, even when it comes to the relatively piddling sums claimed by Mr. Duffy in May and June. Mr. Duffy has already been put through the ringer of a criminal trial – and Justice Vaillancourt essentially concluded that he didn't do much outside the norms of the Senate, except earning the ire of Stephen Harper's PMO. No one is going to make a federal case of his new claims. But for many, it will still be galling to see him claim money for travelling when he's at his long-time home.

That underlines the problem with senators' expenses. Many Canadians don't think they deserve a nickel for travel, though obviously those who really live elsewhere have to be reimbursed. But without the accountability of answering to voters, they certainly shouldn't have much discretion for the sums they claim – Mr. Duffy, and others, have demonstrated that.

That's where it becomes Mr. Trudeau's responsibility. The Senate is a legislative body with its own status and the right to govern its own affairs, but it's the executive, the ministers of the Crown, who must recommend any expenditure. That gives the government a responsibility to ensure there are parameters on the spending – rules that Canadians can stomach.

The sense that the Senate has been treated as a gravy train has dismayed the public. It is Mr. Trudeau who has to ensure money in the Senate is screwed down – that senators have access to less, and less discretion over how they access it. Maybe the best system would be to let Mr. Duffy have his travel money, but not claim it – to give every senator a lump sum for living expenses, a half-dozen plane tickets and a tightly limited office budget.

Now it's Mr. Trudeau's job to do what Canadians expect with the Senate: to trim the sums of money, and give senators less discretion over how it is spent. 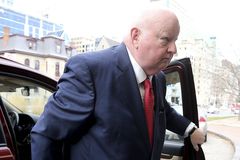 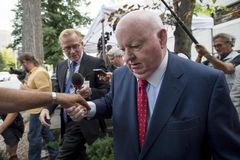