The claim: Treasury Board President Tony Clement says his Conservative government spends less money on advertising than the Liberals did.

The context: The Conservative government's "Economic Action Plan" ads remain in heavy rotation. The opposition argues the television spots are government propaganda that provide little practical information for Canadians. Mr. Clement says the ads have public merit and that spending is down from the Liberal years – a claim he stated last week to the Commons committee on Government Operations and the Estimates. Similar claims have been made previously by the government in Question Period.

The statistics: According to Public Works, the federal government spent the following annual amounts on advertising, by fiscal year:

The Public Works website does not provide annual statistics beyond that date. However the landmark 2003 report by Auditor-General Sheila Fraser – which exposed extensive problems around government advertising and the Liberal sponsorship program – clearly suggests annual totals were even higher.

"Between 1998-99 and 2002-03, the federal government ran more than 2,200 advertising activities with contracts valued at about $793-million, making it one of the larger advertisers in the country," the report states. Those numbers work out to an average of $198-million a year over four years, but is not clear if those figures are directly comparable to the way Public Works reports annual spending on advertising.

"If you choose the highest Liberal number and compare it to the lowest Conservative number for example, then you can get something that works in your favour," Liberal MP John McCallum replied to Mr. Clement. "But I think any fair-minded analysis of these figures would suggest advertising spending has been higher under the Conservatives than under the Liberals."

"The point with advertising isn't the Liberal-Conservative race to the bottom, of who is worse when it comes to spending on advertisements. The issue is value for money," NDP MP Mathieu Ravignat said.

"If you're going to have an accountable government to stimulate that dialogue, we try to drive people to websites or other tools that are available to them to seek more information. Canadians will make their own decisions," Mr. Clement said.

What the facts show:

This is a classic example of politicians making selective use of statistics. To support his boast, Mr. Clement skips over a few inconvenient years. Given that the Conservatives first came to power in January 2006, "the last full year under the former Liberal government" would be 2004-05. However Mr. Clement chooses to focus on 2002-03, which would be the last full year of advertising before the Liberals were reduced to a minority government in the June 2004 federal election.

Further, the context of that period isn't helpful to either the Conservatives, or the Liberals. Mr. Clement is comparing his government's spending to Liberal spending in 2003, the year of the damning Auditor-General's report on the sponsorship program and out-of-control federal advertising. That led to a temporary moratorium on advertising as the Liberals moved into full political damage control, which is mainly why advertising under the minority Liberal government of Paul Martin was lower. 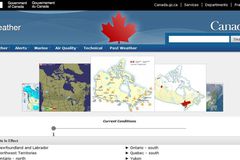 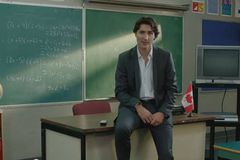 Justin Trudeau should fight back against attack ads
April 15, 2013 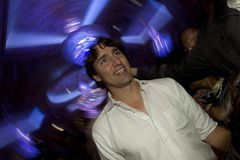