"In this world nothing can be said to be certain, except death and taxes," Benjamin Franklin famously wrote.

How we die, however, is rife with uncertainty.

Patients and their families, by and large, are afforded too little choice, too little respect, and too little dignity in their final weeks, days and hours.

In short, our approach to the end-of-life care is broken.

That is the message that emerges from a new 507-page report from the U.S. Institute of Medicine, entitled "Dying in America: Improving Quality and Honoring Individual Preferences Near End of Life."

The good news is that the 21-member Committee On Approaching Death that prepared this report – including physicians, nurses, lawyers, insurers, clergy and experts on aging – spends a lot more time and effort proposing solutions than it does bemoaning the current state of affairs.

And while the report takes aim at the massive and massively expensive U.S. system, all the recommendations are relevant to Canada.

The committee says, to improve end-of-life care, five major areas need to be addressed: delivery of care, clinician-patient communication, professional education, funding policies and public education. Let's go through them one at a time.

There is much talk these days of making medical care more patient- and family-centered, and there is no area that requires that philosophical shift more than end-of-life care, where, in addition to their physical needs, patients (and families) have emotional, social and spiritual needs that are equally or more important.

The committee says, unequivocally, that all patients (except those who die suddenly) should have access to palliative care, and that current levels, which vary dramatically between jurisdictions, are unacceptable.

This is one message Canada should hear clearly because our rates of access to palliative care, from 16 to 30 per cent in various parts of the country, are abysmal, and that is leading to untold suffering.

If end-of-life is ever going to improve, the starting point has to be talking about the issue more openly, and planning for death more systematically.

The IOM report says advance care planning (formally writing down your end-of-life wishes for medical care) should be normalized. In fact, the panel says that the issue should first be raised at age 16, when young people tend to get a driver's license and are asked about organ donation.

In Canada, Scott Wooder, president of the Ontario Medical Association, has been a powerful advocate on the importance of advance care planning but his message needs to be embraced by all physicians, lawyers and family members.

The new report calls for nothing less than a revolution in medical education, saying that all physicians should have some training in palliative care and much better knowledge of pain control.

Just as fundamentally, doctors – and other health professionals – have to stop viewing death as a failure and accept that, at certain point, curative treatments should stop and the emphasis should be placed on making patients comfortable.

The committee members note that research has shown that, when doctors die, they tend to refuse a lot of invasive treatments knowing they are of little use, and suggest they should take the same approach to their patients.

A lot of unnecessary care that takes place at the end-of-life occurs because of perverse incentives that exist in the health system. In the U.S. for-profit health care, in particular, there is much financial gain to be made.

But overtreatment occurs largely because the system is designed to overtreat, the panel notes. With better co-ordination of care, the excess number of visits that occur to emergency rooms could be slashed; the way to do that is to provide more funding (and in the case of private insurers, reimbursement) for home care and palliative care.

The IOM panel also says that the best way to get physicians to have end-of-life discussions is to pay them to do so. When this issue arose previously in the U.S., Republicans jumped on it, calling the process "death panels." Hopefully, that kind of nonsense will not be repeated. But, if the report has one shortcoming, it is that it largely avoids the issue of assisted death.

Of course, many if not all of these perfectly sensible recommendations in the Dying in America report can only be implemented if politicians, policy-makers and health professionals act on them, and they won't do so unless there is clear buy-in from the public.

On end-of-life issues, most of the public is light years ahead of policy-makers. There are a lot of passionate and thoughtful discussions going on at kitchen tables and in nursing home dining rooms every day.

The challenge we have is make those discussions part of a broader policy discussion, in making talking about and planning for a good death a normal part of life.

Opinion
Home care’s where the heart is
September 16, 2014

Cost of dental care in Canada keeps patients away
September 12, 2014 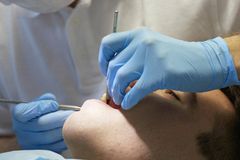 Health administration is costlier than we think – but not as bad as U.S.
Subscriber content
September 11, 2014 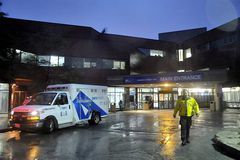 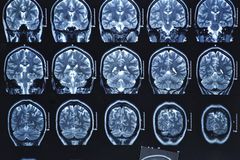