On April 19, if the polls can be trusted, Progressive Conservative Leader Brian Pallister will win the Manitoba election, further dimming the Trudeau government's hopes for pension reform.

Unless there is a breakthrough at a June meeting of finance ministers – which is possible but shading toward unlikely – pension reform may become the biggest Liberal election promise that never comes to pass – a depressing prospect for those in need of help with their retirement.

"Confused," is how Keith Ambachtsheer, director emeritus of the Rotman International Centre for Pension Management at University of Toronto, describes the state of play between Ottawa and the provinces on bolstering the Canada Pension Plan.

Although the election platform promised to "work with the provinces and territories, workers, employers and retiree organizations to enhance the Canada Pension Plan," and last month's budget set a "goal of being able to make a collective decision before the end of 2016," getting the required consent of seven provinces representing two-thirds of the population is proving elusive.

At a thoroughly inconclusive meeting last December, finance ministers agreed to spend six months working up possible proposals, and then to meet in June in search of consensus.

But it will be no easy thing. When it comes to reforming the CPP to improve benefits for workers who may lack a workplace pension or sufficient savings for retirement, different provinces pull in different directions.

Saskatchewan Premier Brad Wall has in the past opposed increasing contributions, saying neither workers nor employers can afford it. With Monday's emphatic election win, he will have a fresh mandate to push that perspective, and will probably be able to count on Mr. Pallister as an ally after he becomes premier.

The Manitoba PC Leader has said on the campaign trail that while "my gut says push pensions up," he doesn't want to increase premiums on Manitobans at a time of weak growth. The Liberal government in British Columbia is also cool to the idea of increasing premiums in the current economic climate.

As always, the heavy hitters are Quebec and Ontario. Quebec recently increased premiums for its own pension plan, and Premier Philippe Couillard's government may be reluctant to increase them again.

But the real source of confusion is Ontario. When the Harper government rebuffed proposals by Premier Kathleen Wynne to enhance the CPP, the Liberal government went ahead with plans for the Ontario Retirement Pension Plan, which aims to cover those who don't have a workplace pension plan.

The general assumption was that Ontario would abandon the ORPP in favour of an enhanced CPP once the Liberals came to power. But instead, the province has continued with preparations to roll out the provincial plan, beginning next year.

"If Ontario is not prepared to beat the drum on this like it has in the past, given the amending formula and given Ontario's size, one wonders who around the table of any real significance is going to be the CPP expansion champion," observes Sean Speer, a senior fellow at the Macdonald-Laurier Institute who was previously senior economic adviser to Stephen Harper.

A Finance Department official, speaking on background, insists that Ottawa and the provinces are working constructively and Finance Minister Bill Morneau remains confident that the June get-together will be a success.

The finance ministers might yet work something out in June, but "if there is consensus for reform, it will be for a modest one," predicts Kevin Milligan, an economist at the University of British Columbia who is an authority on pension policy. Gridlock is also a possibility. Either way, "the June meeting is pivotal," Prof. Milligan believes.

Without consensus in June, Mr. Morneau – who is rumoured to be cool on the need for CPP reform – may simply close the file and move on.

In which case, a newly elected Canadian prime minister will have discovered, for the umpteenth time, that it is one thing to promise "to work with the provinces" on big national programs, such as pensions, the environment and fighting aboriginal poverty, and quite another to deliver. 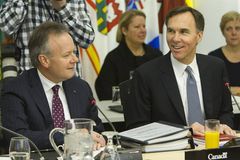 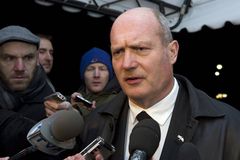 CPP talks high on finance ministers’ agenda
December 26, 2016
Follow John Ibbitson on Twitter @JohnIbbitson
Report an error Editorial code of conduct
Due to technical reasons, we have temporarily removed commenting from our articles. We hope to have this fixed soon. Thank you for your patience. If you are looking to give feedback on our new site, please send it along to feedback@globeandmail.com. If you want to write a letter to the editor, please forward to letters@globeandmail.com.
Comments