Elizabeth May says she has no illusions that her Green Party will win the next federal election – and winning is not her overriding concern.

But the Leader of the Greens says there is more reason than ever for her party's presence in Parliament, both to press the government to take action on global warming and to keep chipping away at what she sees as the unhealthy control concentrated in the leadership of other parties and especially in the Prime Minister's Office.

"I am not interested in achieving a majority government for Greens because I think that's an unrealistic goal," she said, "and I don't think it's necessary in order to get the policies we believe in accepted."

What is required, said Ms. May, is that at least 12 of the 338 seats up for grabs in the 2015 election go to the Greens – a number that would give her party official status. With a caucus of that size, and under a minority government, the Green Party could push for sound environmental policy and democratic values, regardless of which party is in power, she said.

The Green Party Leader said she favours some sort of co-operative effort with the Liberals and the New Democrats to unseat Conservatives in the next election, but the leaders of the other two parties have expressed little interest in doing that.

At the moment, said Ms. May, all of the other parties are being run as non-stop campaign machines in which sound bites dictate policy.

But the Greens, too, must give some thought to getting their MPs into the House of Commons. The party has seen 55 of its riding associations de-certified since the past election. Ms. May says Green officials tell her there is no cause for concern and that there will be Green candidates in every riding in 2015.

Ms. May said she, personally, would rather concentrate resources on winnable seats. But it's not up to her, she said. It is the decision of the party's council and campaign committee.

"The argument is, in respect to grassroots democracy, that there are people in every riding in Canada who are only going to go out to the polls and vote if they can vote for a Green Party candidate because we are the only party that reflects their views and their values and what they hope for," she explained.

The good news for the Greens is that, despite the Conservative government's cancellation of the per-vote subsidy, the party's finances are in good shape.

That means there will be money to pay for the 2015 campaign and even some to help strong candidates in the prewrit period, she said.

And the other bit of good news for the party was the decision this fall of Bruce Hyer, the Northern Ontario MP who left the NDP caucus over his refusal to support the long-gun registry, to sit with Ms. May as a Green.

Mr. Hyer "fundamentally is a Green. He's had Green values for his whole life. Before he moved to Canada, he was in the environment department of the state of Connecticut and banned DDT," said Ms. May. "So he's a very good fit for the Green party. We're a very good fit for him because we don't believe that it's democratic to whip votes."

She said she is looking forward to having a caucus of two, so Canadians can get a better idea of what the Green Party is all about. "We have to return to Parliament as a place where a political consensus is sought to achieve good public policy results for Canadians." 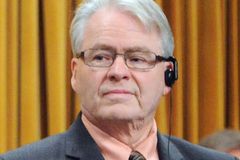 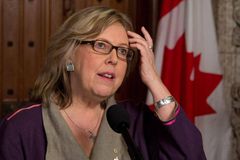 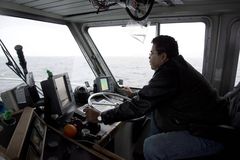