Harper confidante and fundraiser Mark Kihn was in the news this week for his regular travel on the Prime Minister's jet, but Mr. Kihn's true focus in recent days has been a contentious party nomination contest in Calgary.

The long-time friend and wildly successful fundraiser for Stephen Harper will act as returning officer for the Conservative party nomination in Calgary Signal Hill on April 12, which will see true-blue conservative Rob Anders try to keep his job as MP in the face of a challenge by former provincial cabinet heavyweight Ron Liepert. The race highlights already include name-calling, apologies and a series of robocalls.

The appearance of a senior Conservative like Mr. Kihn is likely to start tongues wagging about interference from the Prime Minister's Office. In past nomination contests, Conservative party rules have discouraged or kiboshed challenges to incumbent MPs, such as Mr. Anders.

However, senior Alberta Conservatives insist – on background – Mr. Kihn has acted as returning officer for numerous Alberta Conservative nomination races, including the March contest in the southern Alberta riding of Macleod, and his presence is a sign the party wants things run by the book. They say Mr. Kihn is organized and neutral.

"I don't know anybody who has a bad word to say about Mark Kihn," said one party source.

Mr. Kihn wasn't available for comment. But when he is mentioned in public at all, it's usually in relation to his close relationship with the Prime Minister, and his fundraising prowess. In 2006, then-Calgary Herald columnist Nigel Hannaford – now a speech writer for the PMO – wrote this of Mr. Kihn: "Kihn was the driving force on Stephen Harper's two leadership campaigns. In the first, Kihn raised $1.1-million with his Rolodex and direct mail for Harper to win the Canadian Alliance. Then, adding the demon dialer to the mix, he was mostly responsible for the $2.5-million raised in the 2003/04 scramble that put Harper at the head of Canada's united right, and on a rail right into the prime minister's office."

Earlier this week in the House of Commons, the federal NDP hammered the Conservatives over Mr. Kihn's regular trips on Ottawa's Challenger jets, saying there are no good reasons for party officials to be flying on government planes. The Official Opposition party tabled a motion that would see the use of the jets limited to government purposes.

"Is it not clear that Mark Kihn was invited on the Prime Minister's taxpayer-funded jet as a reward for raising money for the Conservative party? Can the Prime Minister tell us in good faith that he thinks there is nothing wrong with that?" NDP Leader Thomas Mulcair said during Question Period on Tuesday.

The Prime Minister replied: "I have said repeatedly, the RCMP requires me to fly on a non-commercial aircraft. Any use of government aircraft for non-commercial purposes is reimbursed."

But far away from Ottawa in Calgary Signal Hill, Mr. Liepert said his team has had discussions with Mr. Kihn and found him nothing but helpful.

This stands in contrast to party problems in other Conservative nomination races, most notably in Oakville North-Burlington, where MP Eve Adams is battling allegations of improper conduct and unfair advantage, and her fiancé Dimitri Soudas was forced to resign a senior party post last weekend after evidence surfaced showing he intervened in the nomination on her behalf.

Mr. Liepert added he has no complaints about the party process in the Calgary riding, and has seen no sign the party is taking any action that would favour Mr. Anders.

"They have been totally co-operative," Mr. Liepert said on Friday.

Kelly Cryderman is a reporter in The Globe's Calgary bureau. 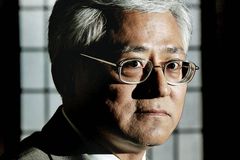 Dissent brews in Tory ranks as party scales back nomination races for 2015
March 3, 2014 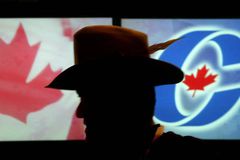 A close look at five allegations a Conservative made about Eve Adams
Subscriber content
April 4, 2014 Conservative MP Eve Adams says she won’t back down
April 3, 2014 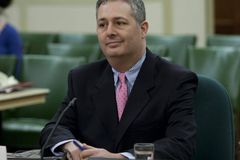