Outside the United States, people just don't like Donald Trump. But Canadians like him a little more than most.

Yes, it's true that Canadians prefer Hillary Clinton, and that polls suggest Mr. Trump, the presumptive Republican nominee for U.S. president, would take a drubbing if he ran for office here.

But there are Trump fans in Canada. In fact, there seem to be more in Canada than in other countries, according to a recent six-nation poll.

Only a minority of Canadians have good things to say about Mr. Trump, but it's a bigger pro-Trump minority than in France, Britain, Germany, Japan and Mexico. That's likely to be a surprise to many Canadians.

Apart from Mexico, Canada has as much to lose from Mr. Trump's protectionism as any country. His xenophobic discourse clashes with Canadians' self-image.

But there's support for him in some corners of Canada, with polls suggesting about one in four Canadian men like The Donald. And apparently more like him in Canada than in most places.

The YouGov online survey of 8,265 people in six countries, including 1,206 Canadians, was conducted for the left-leaning international organization Avaaz.org. The survey probed opinions about Mr. Trump among the large subset who said they know "a fair amount" or "a great deal" about Mr. Trump's views, and found what Avaaz.org undoubtedly expected: America's allies and neighbours are horrified by the prospect of President Trump.

On almost every question, a higher proportion of the Canadians gave a positive response to Mr. Trump than those from the other five countries.

Now, that is all relative. It's still only a small minority of Canadians who say good things about Mr. Trump. Two-thirds of the Canadians with a fair or good knowledge of his political views said they dislike them. But there is a Canadian audience for Mr. Trump.

As a rule, they're middle-aged men. As in the U.S., Mr. Trump turns off women. But a quarter of Canadian men like him.

In late 2015, polling firm Insights West asked if Mr. Trump would be good for Canada. Only 12 per cent of women, but 26 per cent of men, thought so. "So one in four men," said Insights West vice-president Mario Canseco. Support was highest among men aged 35 to 54.

An Abacus data poll in May found 20 per cent of Canadians prefer Mr. Trump as president over Ms. Clinton – but 27 per cent of men.

More of those who like Mr. Trump are Conservatives – though The Donald's politics clash with tenets of Canadian conservatism, like free trade. You'd think a U.S. presidential candidate who says he'll used America's power to demand better deals from trading partners would worry Canadians. His America-first appeal simply doesn't include Canadians.

But it seems that Mr. Trump's us-against-them politics resonate for some in Canada, people who think of themselves more as the Trump "us" than the "them."

His call to bar Muslims from the U.S. found some echoes of minority support in Canada, more among men. He's pro-business, but not pro-global trade, and Canadians, too, worry about wider trade with countries like China.

Canadians, too, have never been wholly convinced NAFTA was a boon – about as many think it was bad as good, according to an Angus Reid poll conducted in 2014. The middle-aged tend to think it's been bad for Canada. When Mr. Trump stands up and says we've been suckered, there's a segment of Canadians who nod.

Donald Trump’s Keystone XL grab may be just the start
Subscriber content
May 31, 2016 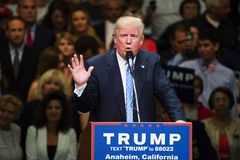 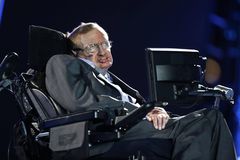 Every protest against Trump only seems to make him stronger
May 30, 2016