Colin Robertson
MILWAUKEE, WIS.
Special to The Globe and Mail
Published July 19, 2016 Updated May 16, 2018
For Subscribers

In the coming days both the Republicans and Democrats will adopt platforms that will underline American concerns around security and trade. Donald Trump pledges to "rip up" all existing trade deals "to make really good ones." Even when we are not the direct target, Canadian interests, especially trade, are at risk of becoming collateral damage.

Assuaging U.S. security concerns and containing the protectionist instinct requires an all-Canada effort by our national and provincial governments.

At the Washington summit in March and then last month in Ottawa, Prime Minister Justin Trudeau and his ministers worked with the Obama administration to strengthen perimeter security with a joint entry-exit program that also should give greater confidence in easing border access.

The Ottawa meeting also endorsed a trilateral competitiveness work plan with a series of measures to reinforce supply chain efficiencies, innovation and stakeholder consultation and outreach. In practical terms, it will help business: further expediting travel with the NEXUS "fast pass" and, eventually, a single electronic portal that satisfies the information requirements of the governments' multiple agencies.

This effort, led by our trade ministers, should also serve as basis for a continental Plan B so that we can realize the gains from the Trans-Pacific Partnership (TPP) agreement should it fail to secure the required congressional approval for implementation.

We need similar efforts at the state level. This is where protectionist fires start, usually through " Buy America" policies that are then copied at the congressional level. But by the time these flames reach Congress, we are essentially firefighting so it is better to tamp them down at their source.

Our fire hose has three streams.

First, the hard data that demonstrates that 35 American states export more to Canada than anywhere else in the world. We are the second-largest export market for most of the rest. The data also shows how much the U.S. needs what we sell to them. A recent study for our Washington Embassy concluded that 78 per cent of what we sell to the U.S. is then used to make goods and services in the U.S. Trade with Canada generates an estimated nine million U.S. jobs. We need to define these by district and state.

The second stream is the web of existing reciprocal agreements that cover everything from trade to lending a helping hand in fighting fires, floods, pandemics and other disasters. Many are practical understandings negotiated by states and provinces. Reciprocity means equal treatment, a concept even Mr. Trump can understand, and the basis of cross-border agreements since before Confederation.

The third stream is public diplomacy. Prime Minister Trudeau has taken our envoys off the Harper government's short leash and told them to be creative in pursuit of Canadian interests.

Our Consul General in Chicago, Roy Norton, entertained Midwest state legislators this past weekend in Milwaukee using a Jeopardy-styled game to inform them on Canada, helping by samplings of Ontario wine and Quebec beer.

After a decade of cuts, however, public diplomacy needs reinvestment in resources and budgets. Given that the U.S. accounts for three-quarters of our trade this would seem to be a "no-brainer."

If "all politics is local," then provincial premiers and legislators have a vital and continuing role in reaching out to their state counterparts and reminding them that doing and making things together generates mutual prosperity.

Legislators build relationships that are important, today and tomorrow, especially given the ladder nature of U.S. political careers. Barack Obama was an Illinois state legislator in 2004. Five years later he was the U.S. president.

These get-togethers debate and pass resolutions on regional issues and in previous years they have encouraged border co-operation and opposed protectionism like country-of-origin labelling. In Milwaukee this weekend legislators endorsed a resolution for a "Protein Highway" to encourage research and entrepreneurship between the Prairie provinces and Great Plains states on high-protein crops.

These regional get-togethers, operating with little fanfare or attention, most closely resemble extended family reunions. They constitute the hidden wiring of our continental relationship. They do practical work.

They contribute to a relationship best described by Harry Truman. This quintessential Midwestern U.S. president, speaking to the Canadian Parliament in 1947 said its working principle is "compounded of one part proximity and nine parts good will and commonsense."

Relationships, whether prime minister to president or legislator to legislator, are what build good will and common sense. 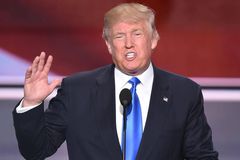 At GOP convention, Trump supporters hail message of resurgence
May 16, 2018 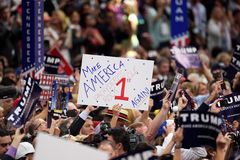 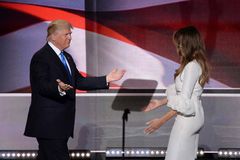