Justin Trudeau's Liberals are raising large amounts of cash with a growing army of donors who are making smaller donations than the party has ever seen.

It may sound counterintuitive, but this is where the Liberals want to be – a larger pool of contributors means more engaged Liberals and, importantly, more potential Liberal voters.

As the war chest grows the average donation is falling – $83 in 2013 compared to $88 in 2012 and $109 in 2011. This is significant, as the Liberals, who struggled to raise money from the grassroots, are now surpassing the Harper Conservatives in the number of contributors.

Certainly, this will give Liberals something to crow about as they gather in Montreal Thursday for their four four-day biennial convention.

"We are creeping up and we're making people take notice," the party's fundraising chief, Stephen Bronfman, told The Globe. "It's exciting and I think people are feeling that excitement."

Mr. Bronfman is one of the new recruits to Justin Trudeau's team. The multimillionaire philanthropist and executive chairman of Claridge Inc., the Montreal-based private equity firm started by his father, was introduced as the party's fundraising chief at the Liberal national summer caucus meeting in Prince Edward Island.

A long-time friend of Mr. Trudeau's, Mr. Bronfman helped raise $2-million for Mr. Trudeau's leadership bid. As a result of that success, he agreed to the take on the job for the party. Six months into his new role, he is sensing a shift in party fortunes.

"In politics you can only be really good for so long," says Mr. Bronfman, who is a volunteer. "We've had a good run and Canada is in solid shape and the country is well-positioned internationally but I think certain things are winding down and people feel there is a change coming."

At the summer caucus in PEI, he said that his job was made easier because of the popularity of Trudeau. "He's got a great name and people want to find out who he is," he said at the time.

But now he believes there is more at play than curiousity about Justin Trudeau: "… there is momentum. We see it in the numbers. People are looking for something different," he says.

The national opinion polls are favourable to the Liberals and that is reflected in fundraising.

The increase is largely due to digital fundraising growth, says outgoing Liberal Party president Michael Crawley. Mr. Crawley, who took over as party president two years ago, faced resistance as he modernized the party administration, including fundraising.

"It was a big structural shift and big cultural shift really for the party operations," says Mr. Crawley. "We uploaded a lot of the administrative work that had been replicated in every one of the provincial associations … and centralized that out of Ottawa."

The party hired Christina Topp, who had been at the World Wildlife Fund, as the director of fundraising. There had never been a distinct position for fundraising.

"It's creating a much more focused team and much more digital-savvy team to really go after individual donors," says Mr. Crawley.

Mr. Bronfman, who will miss the convention as he's away celebrating his 50th birthday, says that in "this day and age it is much different than the old way of fundraising with a $1,200 maximum and no corporate giving." The Liberals had excelled at attracting big corporate cheques – and had neglected trying to build a base of individual donors. When the political fundraising laws changed in 2004, prohibiting corporate and union donations, the Liberals fell way behind the Tories, who had over the years built up a solid and large group of contributors.

"I think a lot of the older generation of Liberal fundraisers and supporters were saying that we were good at a certain type of fundraising but we weren't very good at grassroots," he said. "I think that the people involved today really understand how to work grassroots."

He acknowledged that the Tories have a "great fundraising machine" and "we've got some catching up to do."

However, he said, that the end-of-year fundraising push was a big success, as was the "fundraising ask" when Mr. Trudeau took over as leader and the Tories launched negative ads suggesting he was in over his head. 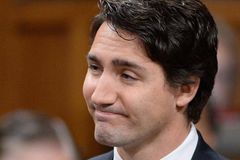 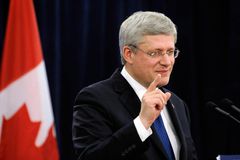 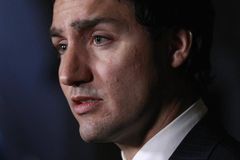 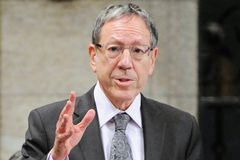