Stephen Harper has not only pulled out of the Commonwealth summit, he's threatening to pull funding from the organization. It's a symbolic blast at Sri Lanka, and at some old friends.

Mr. Harper, at the APEC conference in Indonesia, confirmed something that he's been hinting for two years: that he will not attend the Commonwealth leaders' summit next month to protest the human-rights record of host Sri Lanka. He's the only Commonwealth leader planning to skip it.

But he also floated another threat, suggesting that Canada will reconsider its funding for the entire Commonwealth, the 54-nation bloc that is made up of countries that were once parts of the British Empire and headed by the Queen. Why are the Tories threatening to turn their back on the former Empire? In this case, there's a point of principle, mixed with domestic political reasons, and a bitter taste about the organization.

At the last Commonwealth conference in Perth, Australia, two years ago, Mr. Harper raised concerns that Sri Lanka's government had failed to reconcile with the country's ethnic Tamils after a long-running civil war, or provide accountability for alleged human rights abuses.

On Monday, in Indonesia, he cited the deteriorating freedoms under the government of President Mahinda Rajapaska, including the impeachment of the chief justice, widely viewed as a politically engineered ouster, as well as the killing and jailing of opponents and journalists.

"In the past two years we have not only seen no improvement in these areas, in almost all of these areas we've seen a considerable rolling back, a considerable worsening of the situation," Mr. Harper said in brief meeting with reporters at APEC.

The decision makes Mr. Harper the only Commonwealth leader to boycott the summit – and that is a source of pique. He and his foreign minister, John Baird, had hoped to find allies, perhaps in India, which has a substantial Tamil population, or in Britain. But they found, in several Commonwealth meetings, that they were isolated.

In Sri Lanka, the Rajapaska government has been able to dismiss Mr. Harper's government as an isolated case, a government motivated by the domestic political influence of the Tamil diaspora.

The Tamil-Canadian community, an estimated 300,000 people, does wield influence in Canadian politics, particularly in suburban Toronto, where the community's votes can swing perhaps 10 ridings. Mr. Harper's Conservatives were once unpopular with the community, not only because it listed the Tamil Tiger rebels of the north as a terrorist entity, but also appeared to sympathize with the Sinhalese-dominated government in Colombo. But after the war, when Mr. Rajapaksa's government did little to reconcile with the Tamil community, Mr. Harper's government became a vocal critic. There are, however, many other international critics of Mr. Rajapaksa's government, which has adopted authoritarian tactics.

Mr. Harper's threat to pull funding is a sign of broader discontent. Canada is the second-largest funder of the Commonwealth, and pulling money out would hit the organization's activities hard.

In Perth, two years ago, the Prime Minister was deeply annoyed that Canadian proposals, to have the Commonwealth adopt a charter of values and a mechanism to review transgressors among the members, were beaten back comprehensively by other members. It left a bitter taste about the whole organization. And that's been amplified by the fact that when he went on a limb to suggest he'd boycott a Sri Lanka summit, no one else in the Commonwealth chose to join him. 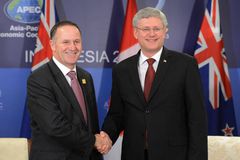 Harper raises stakes by threatening to cut Commonwealth funding
May 11, 2018 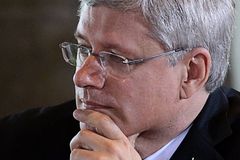 Harper should help Tamils by going to Sri Lanka
May 11, 2018 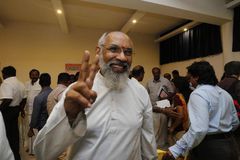 Opinion
Why Stephen Harper should speak at the UN
May 11, 2018 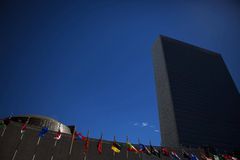