"I am convinced the government is making a serious and cruel mistake by taking away the right to medically assisted dying from a group of patients, those who are not terminally ill yet suffering terribly," he told his fellow senators on Friday. But Mr. Pratte was declaring he would vote for the bill.

After a back-and-forth argument between the House of Commons and the Senate, Mr. Pratte said he would accede to the will of the elected government. As for the bill's cruel mistake – the government, he said, will answer for that to the public and, hopefully, in the Supreme Court.

This was the most passionate debate the Senate has seen in years. Senator Serge Joyal, an independent Liberal, told his colleagues they had a duty to protect the rights of minorities, in this case, the suffering who are excluded from access to assisted dying – and he pointed to outrages accepted by elected MPs in the past, such as the internment of Germans and Ukrainians in the First World War and the anti-Jewish immigration policies of the 1930s. In the end, the vote split both Conservatives and independent Liberals, with senators voting for it for many different reasons.

But one notable group spoke up for letting the elected govern, when push comes to shove: the independent senators Mr. Trudeau appointed in March. Several had opposed the bill before, but in the end, none voted to block it.

Those newly appointed independents are key because they are a focus group for the future Mr. Trudeau has proposed for the Senate. He promised to reduce the partisanship; he booted Liberal senators from his caucus in 2014; in government, he promised to appoint independents. But Mr. Trudeau's vision comes with a question: If unelected senators exercise independent power, will they thwart democracy?

In this vote, it was many of the independent Liberals, those cast out by Mr. Trudeau two years ago, who insisted unelected senators must block a government bill they deem unconstitutional and unfair, even if the elected MPs passed it.

But the new independent senators, who were appointed without party affiliation and with a mandate to figure out the evolving role of the unelected legislator, chose to bend to the will of the elected.

Not all of the seven independents Mr. Trudeau appointed in March can be counted the same way. Peter Harder, a former senior bureaucrat, was named the government's representative in the Senate, so he is not really independent. Chantal Petitclerc, who voted to amend the bill earlier, missed Friday's vote due to illness.

But some of those new senators showed signs that they took their independence seriously. Four voted for a major amendment to broaden access to assisted dying. Frances Lankin, a former Ontario NDP cabinet minister, helped organize efforts to co-ordinate Senate amendments.

In the end, Ms. Lankin, like Mr. Pratte, voted for the government's bill – "not because I think the government has struck the right balance in this legislation, but I respect their right to govern," she told senators.

If the bill was blatantly, undeniably unconstitutional, some might have voted to block it. Ms. Lankin said she respected Justice Minister Jody Wilson-Raybould's right to determine that the bill is constitutional. Another new senator, Ratna Omidvar, an expert on immigration and diversity, echoed that sentiment.

"My whole life in this country has been about assuring access. I'm really concerned people who are not terminally ill may have to resort to courts," she said in an interview. "But I now want to have a sober second thought of my own – which is, I am not elected."

It is a sentiment shared in the new cohort. Senator Raymonde Gagné, who had not supported the major Senate amendment, said she would be inclined to bend to elected MPs in a showdown.

And Senator Murray Sinclair, a former judge, cautioned senators who insisted the bill is unconstitutional, warning no one can predict how the Supreme Court would rule – and arguing the government has a right to make its case. He said he would prefer for the government to give wider access to assisted dying. "I respect that they have the right to make that decision," he said. 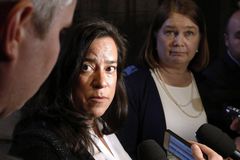 The Senate should back down on assisted-death amendment
June 16, 2016 Can inmates ask to die? Clarity urged around doctor-assisted death in prison
June 16, 2016 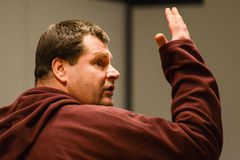