As friends, allies and fellow federalists, Canada has a vested interest in the continued success of the European experiment in integration.

Aside from our deep European roots – our people and inherited institutions – we have our own interests in ensuring the European Union remains strong and united.

More than a third of Canadians claim origins from the British Isles. Then there are the more than 100,000 Canadians who died in Europe during two world wars so that that continent would be free. The EU is our second-largest trading partner and we are closing with them on the most advanced trade deal of our time.

But Europe's grand experiment in democratic federalism is facing multiple crises – a profound cross-cutting of divisions splitting north and south, east and west. These forces are the result of what former Canadian diplomat Jeremy Kinsman has described as the "perfect storm."

The catalogue of woes is many. There is the ongoing euro-crisis as Greece approaches yet another inflection point; there is Russian revanchism (Will the Europeans hang tough, and together, in their Minsk II sanctions regime?); there is the refugee influx and German Chancellor Angela Merkel's deal with Turkey's President Tayyip Erdogan. (Critics, unfairly, say it gives visa-free access to 75 million Turks in exchange for hosting a million Syrian refugees.)

Even the Canada-Europe free-trade deal is under threat, battered by European critics who want to scuttle it as the surrogate for the EU-U.S. trade negotiations. It's clear Prime Minister Justin Trudeau should lead a Team Canada mission, along with Canadian premiers, to Europe to make the political case for the deal.

Finally, and most importantly, there is the Brexit vote – the June 23 referendum on whether Britain should remain in the European Union.

Those who back the status quo say the debate is already hurting the British economy, while those who would leave argue that the country's economy is being held back by the overly bureaucratic EU. What's clear is that a British departure from the EU is sure to spur another, likely successful, Scottish separatist vote. It would also embolden Euro-skeptic voices on the continent.

For Canadian leadership to watch this European storm in silence and equanimity is both foolish and mistaken.

During his recent visit to Europe, U.S. President Barack Obama spoke out vigorously in defence of European integration, telling Britons: "[A]s your friend, let me say that the EU makes Britain even greater." Mr. Obama also warned Britons that dreams of a transatlantic trade deal with the United States to compensate for Brexit was "not going to happen any time soon."

To the outrage of the Brexiters, Mr. Obama's outspoken visit had the desired impact, with betting on Brexit dropping 10 points.

Now it's our turn. It is time for Canadian friends of the United Kingdom within the European Union to speak out. And Prime Minister Justin Trudeau should share the Canadian experience with federalism.

He can start with Pierre Trudeau's collected works. Trudeau the elder famously defined federalism this way: "Federalism has all along been a product of reason in politics … it is an attempt to find a rational compromise between the divergent interest-groups which history has thrown together; but it is a compromise based on the will of the people."

In one of his first speeches, to mark the anniversary of the fall of the Berlin Wall, Foreign Minister Stéphane Dion spoke eloquently and without notes on federalism. That speech should be reprised.

Mr. Trudeau could also draw from a speech by former U.S. president Bill Clinton, given at the encouragement of then-prime minister Jean Chrétien, at Mont Tremblant in October, 1999. Mr. Clinton cast aside his prepared notes, telling his audience that "without pretending we can cut all the cords that bind us to the rest of humanity, I think more and more and more people will say, you know, this federalism, it's not such a bad idea."

Canadian federalism is in perpetual evolution. Our provinces serve as incubators of variations on medicare and now carbon pricing, while the federal government stays focused on big national projects such as cross-Canada rail, roads and soon, we hope, new pipelines that will also supply energy to Europe.

There is a malaise across the Western world of which the current European storms are one manifestation. There is a doubting of political representation (especially traditional political elites) and a reshuffling of political systems. Our interdependence is amplifying that anxiety.

Western liberalism, of which federalism is an increasingly core component, is a powerful and hardy model. But it needs regularly to be renewed and reformed with fresh ideas. Canadian leadership must not be shy about speaking to our experience and continuing faith in federalism. 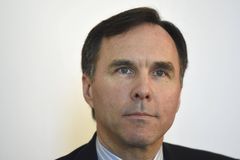