Canadians might be startled to know that they have been climate-change leaders.

For more than two decades, under Liberal and Conservative governments, Canadians have led the world in offering plans to lower greenhouse gas emissions that did not work, commitments that were not kept and promises that were not honoured.

The gap between commitments and realization has been wide in many countries. But Canada has led in promising one thing and doing another, having produced seven plans – depending on how you count – since the Kyoto Accord of 1997. None of them came remotely close to achieving their objectives.

The self-deception began at Kyoto, when the Jean Chrétien government promised to reduce greenhouse gas emissions by 6 per cent by 2012 from 1990 levels. Instead, by 2008, they had already risen by 24 per cent. The self-deception continued through the Paul Martin and Stephen Harper years: more plans, more money, more rhetoric, more failures.

Now along comes the Justin Trudeau government, full of sincere commitment to reduce emissions, although precisely how remains unclear. However, this lack of clarity has not prevented Mr. Trudeau at international gatherings and in bilateral meetings from urging other countries to do more to combat climate change – chutzpah from the leader of a country with such a dismal track record. Moral preaching from Canada, very popular with Canadians, very unpopular with other countries, is apparently "back."

In fairness, the new government doubled to $2.5-billion Canada's contribution to a $100-billion United Nations fund to help developing countries lower emissions or adapt to the effects of climate change. Arithmetically speaking, this $2.5-billion would be in line with the 2 per cent of total global emissions that comes from Canada, one of the world's highest per capita emitters of carbon.

Canada has always punched above its weight in producing carbon emissions, but below its weight in reducing them. This sorry state of affairs cannot be reversed overnight, not in a country that produces so much fossil fuel, the demand for which will be considerable in Canada and overseas for a long time to come.

Mr. Trudeau took along the provincial premiers to Paris. He met with them before leaving, and will meet with them again in Canada early in 2016 in an attempt to produce a crazy quilt of measures that can be stitched together into some kind of national climate-change reduction plan (No. 8!).

Whatever emerges can be judged in large part by one question: Does the plan put a price on carbon? If not, the plan will have limited effect. If the plan is based on subsides and regulations, write it off as useless. If there is a carbon price, or carbon prices, the plan might have a chance – over time – to change behaviour so that individuals, companies and institutions make decisions consistent with lower emissions.

British Columbia has Canada's best carbon-pricing scheme; indeed, the world's best. There is a carbon tax that rose slowly to $30 a tonne, until Premier Christy Clark froze it there. All the money from the tax is recycled into lower personal and corporate taxes. It is revenue-neutral, which is as it should be. If the tax had kept on rising slowly, as was its designers' original intentions, behaviour would have changed even more.

Ontario and Quebec are joining California's cap-and-trade carbon trading scheme. The scheme can work, although it would work better if many more jurisdictions joined, because the larger the trading market, the greater the options. Cap-and-trade will be subject to all sorts of lobbying for exemptions by this or that lobby group. The European Union Emissions Trading System has consistently underperformed.

The NDP government in Alberta has proposed a carbon price of $20 a tonne, rising to $30. Unlike in B.C., not all the money will be recycled to individuals and businesses. Some will be spent by government on a variety of green-energy-related projects.

The large majority of Canadians will soon be living in provincial jurisdictions with some sort of carbon pricing. Slowly and haphazardly, use of carbon pricing is growing worldwide. Last year, the World Bank produced a report showing pricing instruments covered about 12 per cent of emissions, from 40 national governments and 20 subnational ones.

Carbon pricing is the way to go. A yellow light, though. Be careful how it's done. Capital is mobile. It can flee from jurisdictions with carbon pricing to those that don't. Good intentions poorly designed can bring pain. 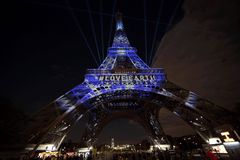 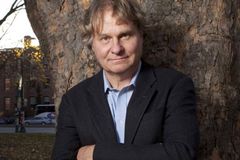 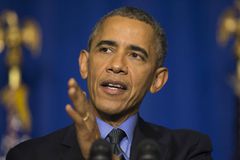 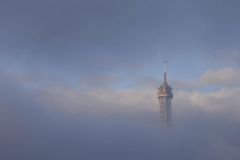