Predictably, a chasm has opened in British Columbia between the provincial government and leading aboriginal associations over the historic Supreme Court of Canada ruling on aboriginal title.

More than a year has passed since the Tsilhqot'in decision, and everyone has a different interpretation of where it will or should lead. The decision's implications will colour what two new federal ministers do in their portfolios: Carolyn Bennett in Indigenous and Northern Affairs, and Jody Wilson-Raybould in Justice.

The court's ruling was complicated, which might explain the variety of interpretations. It did say that the Tsilhqot'in First Nation had aboriginal title over a portion of the land it had claimed, but by no means all of it. Title would essentially give the Tsilhqot'in sovereignty over the area covered by title, subject to a very restrictive ability of the Crown to infringe.

In their "four principles" put before the B.C. government they affirmed that post-Tsilhqot'in, "relationships are based on … Indigenous peoples' inherent title and rights, and pre-Confederation, historic and modern treaties, throughout British Columbia." From now on, they say, the B.C. government needs to establish "relationships, negotiations and agreements" for just about everything the province might want to do "throughout" because what is now B.C. was entirely aboriginal land before the Crown asserted sovereignty.

They further assert that title is not contingent on being recognized by the Crown. It exists everywhere. Since the land belongs to aboriginals, the Crown can only infringe on that land "in a manner aimed at furthering reconciliation consistent with the fiduciary obligation owed the aboriginal group. That is the only power – the only jurisdictional foundation – that remains for provincial action over aboriginal title lands."

They buttress this sweeping interpretation with citations from Tsilhqot'in and other Supreme Court rulings which have continuously expanded aboriginal rights and encouraged ever more expansive demands for consultation up to and including a veto, protracted negotiations, joint management and even proposals for parallel regulatory procedures before any project can proceed.

Needless to say, the court's ruling and the varied interpretations have injected considerable business uncertainty across B.C. More complicated still is how to apply the court's ruling over the large swaths of the provinces with overlapping aboriginal claims.

Also, needless to say, the B.C. government does not accept the expansive interpretation advanced by the First Nations' associations. In a letter to the associations, the province's deputy attorney-general said the idea that title exists "throughout" British Columbia is not justified by Tsilhqot'in or any other court ruling. To suggest "that there is aboriginal title, not where it may be interpreted by court or agreement but throughout British Columbia … is not consistent with existing legal authority or the available ethnographic and historical record."

Of course, said the deputy attorney-general, the Crown has a duty to consult and where possible accommodate aboriginal concerns where there are or might be land claims, but that does not necessarily mean aboriginal agreement.

Indeed, in two recent court decisions judges rejected the idea that aboriginals have a veto on Crown decisions over land where title has not been proven – provided that the Crown has made a sincere effort to consult.

In rulings pertaining to the Site C dam and hydro project near Fort St. John, a Federal Court judge noted that BC Hydro had spent seven years consulting, met with interested First Nations 177 times, and provided nearly $7-million in funding. BC Hydro had wanted to address mitigation measures with the First Nations, but they refused, preferring to take the matter to court, claiming they had not been adequately consulted.

In this Federal Court ruling, and one from the B.C. Supreme Court, judges said consultation had been extensive and sincere. Consultation, however faithfully pursued, does not always produce agreement. So the Crown could proceed.

Those were correct rulings in law. They would not be correct, however, if aboriginal title were presumed everywhere in British Columbia. If that presumption held, it would be even more difficult to get anything done than it is now. 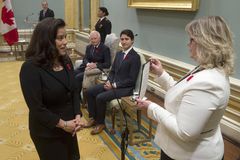 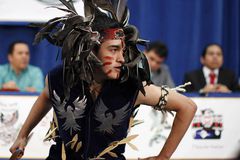