The past four decades therefore call to mind the aristocrat's laconic observation in the Italian novel, The Leopard: everything must change for things to stay the same.

Everything does change in the Parti Québécois, in the sense that leaders come and go, and new faces emerge while old ones fade, but the old bones on which the party has always gnawed never change.

As in, just when in the first term of the PQ in power must the government call a referendum? After all, Article 1 of the PQ constitution declares the party exists to make Quebec an independent country. So get on with making it so, PQ hardliners proclaim.

Except that the venerable old horse called the Quebec electorate – the one that has seen so many promises and lived so many political experiences and become so sophisticated in assessing its self-interest – has become wise, weary and bored. It can be led, with considerable reluctance, to the waters of secession but it will not drink, not in the past, not now and quite likely not in the future.

Pierre-Karl Péladeau – a disastrous choice from the start – the PQ is launched on yet another leadership campaign.

What would such a campaign be without the old bone of the timing of a referendum? One candidate, an also-ran, says she favours one in the first term of a PQ government. Two others, coy in the extreme, say they will reveal their hand before the next general election, in 2018. And a fourth, Jean-François Lisée, now running second in the leadership sweepstakes, says forget about a referendum in the next campaign and for some time thereafter.

"My prediction is simple," he has been quoted as declaring. "If we are stubborn enough to propose a referendum in our first mandate, we will be the third party in Quebec in 2018."

He is right, of course, but candour is not always appreciated among les purs et durs of the PQ, although it does provide yet more fodder for journalists who have earned their bread examining the entrails of a cause they find endlessly fascinating, even while readers avert their gaze.

Leger Marketing, a very fine polling firm, recently asked Quebeckers about this referendum business. Half of them aren't interested in it; 60 per cent said a Hamlet-like promise to hold or not to hold a referendum after 2022 would not change their vote. Conclusion: the idea of a referendum is a political loser, and the bone-gnawing over its potential timing is a turnoff.

It must gall the PQ leadership contenders, and the party faithful, too, that the most popular politician by far in Quebec is the son of their old nemesis, Pierre Trudeau. According to Leger, 63 per cent of Quebeckers have a "good opinion" of Prime Minister Justin Trudeau. The federal Liberals are favoured by 50 per cent of the electorate, while the other parties have between 5 per cent and 17 per cent of the vote.

When the PQ contest concludes, Alexandre Cloutier will be the winner, a man even younger than Mr. Trudeau, just as handsome and with a more impressive academic résumé, for what that matters in politics.

Close observers of the Quebec scene think Mr. Cloutier is the complete political package. The trouble is that what's he is selling doesn't have many buyers.

The PQ’s favourite sport? Debating the next referendum
June 5, 2016 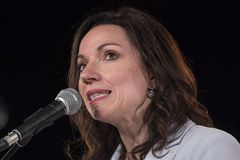 Parti Québécois will vote for new leader to replace Péladeau on Oct. 7
May 29, 2016 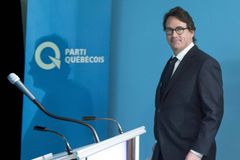 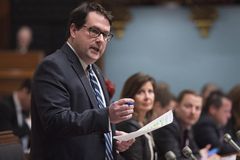