Prime Minister Justin Trudeau, who is to meet with First Nations leaders in Vancouver on March 2, might want to have a chat with Chief Ron Tremblay.

Mr. Trudeau wants a new "nation-to-nation" relationship with First Nations. He hopes that this new relationship will allow things to get done where previously they have been blocked.

Consider the Energy East pipeline from Alberta to New Brunswick that, if built, would assist the finances of a Maritime province deep in the red, losing population and without serious economic prospects apart from energy development. A chat with Chief Tremblay about Energy East would reveal what Mr. Trudeau's "sunny ways" approach faces.

Mr. Tremblay, on behalf of the Wolastoq Grand Council representing bands along the St. John River, has declared Energy East to be an affront to "Mother Earth." The Grand Council "unanimously" opposes the project to protect our "non-ceded homeland and waterways." The council's declaration stated that the "capitalist system and all forms of devastation, exploitation, abuse and corruption have caused great ruin, damage and destruction of Mother Earth."

Several years ago, other New Brunswick aboriginal people set fire to five RCMP vehicles as part of a protest against seismic testing, claiming that this was happening on their "unceded land."

New Brunswick's travails are a microcosm of what is happening across Canada where projects are being blocked, delayed or denounced by aboriginal groups that either do not want any development or insist that they own the land and must give "free, prior and informed" consent before anything can happen to it.

This assertion of control applies to the extremely vague idea of "unceded" land. An example of confusion lies under Mr. Trudeau's nose in Ottawa. On islands in the Ottawa River separating Quebec and Ontario, a developer who has won many prizes for environmentally friendly projects bought land from Domtar. The land, the site of an old paper mill, was contaminated and buildings were falling down. The National Capital Commission had been offered the land by Domtar, but it said it could not afford it. So the developer made the purchase and worked up a plan that received unanimous and enthusiastic support from municipal councils on both sides of the river. Finally, a dump would be transformed.

Algonquins in Eastern Ontario, whom the developer extensively consulted, signed on in exchange for jobs, training and money. Moreover, the Ontario Algonquins had always accepted in their almost-interminable land-claim negotiations that private land was not part of their claim.

So the developer began work, insisting that the first contract go to Ontario Algonquins. He had tried to consult Algonquins on the Quebec side, only to find that the Quebec groups opposed his plan, claiming that it was being built on "unceded" land, despite the land having been owned for nearly a century by Domtar. They claimed that the falls adjacent to the project and an Ottawa Hydro facility are "sacred" Algonquin territory.

The Quebec Algonquins appealed to the Ontario Municipal Board in a sort of nuisance suit since the OMB has no jurisdiction over aboriginal title, let alone a loose claim about "unceded land." Having lost, the Quebec Algonquins appealed. A decision is pending, but even if they lose, as they should, a case before the courts instead of an appeal of an OMB decision is almost a certainty. Such is the nature of contemporary Canada.

All across Canada, the fundamental question is: Who owns land? No agreement exists between aboriginal groups and governments. Considerable legal confusion exists over title, the obligation to consult, when consultation is sufficient, and how two conflicting claims to own "Mother Earth" between the Crown and aboriginal people can be reconciled.

Mr. Trudeau seems to believe that an improved regulatory process will get at least some projects approved. That forlorn hope was dashed within minutes of recently announced changes to environmental assessments for pipeline megaprojects. In a joint statement, aboriginal leaders from British Columbia, Manitoba and Quebec denounced the changes as inadequate.

The aboriginal leaders who spoke out are among those who consistently oppose just about every development, regardless of the amount of consultation and regulatory hearings.

"Sunny ways" won't budge them, or Chief Tremblay of the Wolastoq and his ilk. 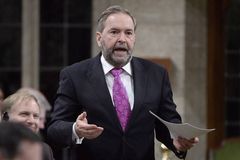 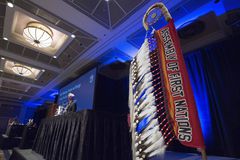