When Prime Minister Justin Trudeau and the premiers gather on March 3 in Vancouver, they need to get their heads around some inconvenient truths.

They understand, correctly, one inconvenient truth: that global warming is happening and needs, over the long-term, to be combatted. The other inconvenient truths they have yet to acknowledge freely, let alone confront.

Greenhouse-gas emissions that cause climate change have risen in Canada since the 2008-2009 recession. They are rising with sufficient speed that to keep them level will require a huge effort, to say nothing of what would be required to reduce them drastically to meet the emission-reduction goal the Trudeau government set for Canada at the Paris climate conference in December.

Neither the Trudeau government nor the provincial governments have any idea, as yet, how to achieve those targets. The harder they search, the more they will understand the difficulties. Rhetoric is cheap; action is expensive.

Fossil fuels – not renewables – will be the major source of energy in Canada for the foreseeable future. If anyone doubts this observation, please consult the latest forecast from the National Energy Board.

Even if the share of energy from renewables were to double to something like 20 per cent in the next 20 years or so, fossil fuels would remain the country's dominant energy source. Burning of fossil fuels is the major source of carbon emissions. Renewables are fine in their place, but lots of people oppose wind turbines or even solar farms in their backyards.

Canada is not an energy "superpower," as the Harper government liked to pretend. Canada is at the mercy of international factors.

As in, world oil prices tumble, so the Canadian energy industry and the overall economy suffer. But gasoline prices fall, so sales of big cars and SUVs rise.

As in, Asian markets hungry for natural gas sign long-term contracts with suppliers in Australia, the United States, Qatar, Mozambique, without waiting for the interminable Canadian/British Columbia reviews of liquefied natural gas projects to conclude.

As in, whether Canada manages to export more oil by pipelines or not, the world is awash with oil and buyers will find it elsewhere.

As in, the U.S. Supreme Court has put on at least temporary hold the Obama administration's plan to reduce emissions from coal-fired plants. If the U.S. slows down its efforts to reduce GHG emissions, as the Republicans certainly wish, would Canada want to accelerate its own plans?

Alberta, the country's largest per-capita emitter, has produced a plan for reducing the increase in carbon emissions. When the energy industry recovers from its current slump, Alberta's emissions will grow, albeit at a slower pace than before the NDP government's plan.

No government has yet figured out how to share the cost of GHG reductions fairly across the country, as between provinces whose per-capita output is large compared with those where it is small.

Here, statistically, is the challenge. In 2013, according to the latest figure from the Ministry of Environment and Climate Change, Canada emitted 726 million tonnes (MT) of carbon in 2013. A straight-line projection suggests emissions of 766 MT by 2020.

Just reducing emissions by around 35 MT in four years will be hard enough. Imagine what it will take to drop that 726 MT output, the 2013 level, to 524 MT by 2030, the Trudeau government's Paris target. That's about 200 MT in a 16-year period. The long-term target is easy to establish at an international conference; it is way, way tougher to achieve at home.

Investing in clean technology, as the federal government proposes, may or may not produce results. If so, positive results would be years away, at a financial cost that cannot be known. Setting up some kind of national cap-and-trade system, a very complicated idea to execute, would lower emissions, but again over a long period of time.

Reasonable action against GHG emissions takes time, a lot of money and careful policies because we have already seen costly boondoggles with more lying in wait for overeager and overpromising politicians.

Action also requires a shift in public opinion from people saying, yes, climate change is a problem, and being willing in the here and now to pay the cost of doing something serious and sustained about it. 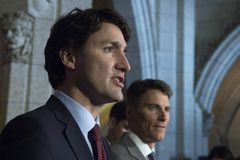 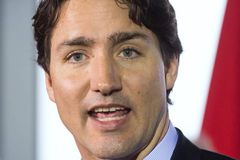 Wall voice of conservatism among premiers ahead of climate meeting with Trudeau
March 1, 2016
Follow us on Twitter @globeandmail Opens in a new window
Report an error Editorial code of conduct
Due to technical reasons, we have temporarily removed commenting from our articles. We hope to have this fixed soon. Thank you for your patience. If you are looking to give feedback on our new site, please send it along to feedback@globeandmail.com. If you want to write a letter to the editor, please forward to letters@globeandmail.com.
Comments