For the past decade, the outgoing Conservative government has taken the position that health care is strictly a provincial responsibility, and has limited itself largely to transferring federal money to provincial coffers to cover some health costs.

The Liberals, for their part, believe that, while health-care delivery is principally a provincial role, Ottawa has an important symbolic role in upholding the principles of medicare and ensuring that there is a semblance of a national health system in a country with 14 jurisdictions, in addition to maintaining their role providing health services to key groups such as aboriginal peoples, Armed Forces, veterans, the RCMP and refugees.

Dr. Philpott's first, and probably most difficult task, will be to participate in the negotiations for a new Health Accord, an agreement negotiated between Ottawa and the provinces on the dollar amounts of annual health transfers and the conditions put on the money. Ottawa currently transfers $34-billion annually to the provinces, a figure that has been rising 6 per cent annually for a decade, but that will fall to 3 per cent in 2016.

Prime Minister Justin Trudeau has promised to negotiate a deal promptly, and while most of those talks will be among First Ministers, Dr. Philpott will have to do a lot of ground work in the backrooms, along with her provincial counterparts.

More broadly, she will have to strike a delicate balance between respecting provincial jurisdiction, meeting provincial demands for more cash, placing conditions on those cash transfers and ensuring that Ottawa fulfill its responsibilities as well, especially to indigenous peoples and veterans.

The PM surprised many by appointing a rookie to the post. But, in Dr. Philpott, he has chosen someone who is bright, personable, no-nonsense and, most importantly, knows the health file inside-out. She also becomes the first physician to serve as federal Minister of Health since 1935.

Aside from health transfers, the most pressing health-related issue for the federal government is so-called right-to-die legislation, which needs to be drafted before Feb. 6. (A year after the Supreme Court struck down Criminal Code provisions related to assisted suicide.)

While this is principally a justice issue, Ms. Philpott will undoubtedly be drawn into the debate and, as both a physician and a person of faith (a Mennonite), she could find the file tricky.

However, during the vetting process for candidates, Dr. Philpott told party officials she would not have any trouble respecting Liberal positions, including on euthanasia and abortion, despite her personal views.

A further justice issue that is a thorny one for a health minister is the decriminalization of marijuana, another Liberal promise.

Dr. Philpott is mother of four children and is married to CBC journalist Pep Philpott.

The Health Minister has been a family physician in Markham, a Toronto suburb, since 1998, and also been an associate professor of family and community medicine at the University of Toronto. She also has extensive experience abroad, having worked in Niger for a decade. She founded the health charity Give A Day To World AIDS, and has raised more than $4-million for the cause.

That experience has given Dr. Philpott a strong interest in refugee health, an area where the Liberals have promised to reverse cuts imposed by the Conservative government.

She is also well-versed in principles such as social determinants of health (the notion that income, housing and education matter to our health) and harm reduction. Again, this knowledge will serve Ms. Philpott as the government responds to cities' requests for supervised injection sites for injection drug users, and expansion of the housing-first approach to homelessness.

Dr. Philpott has long-stressed the importance of advocacy to her students and colleagues, and she is active on social media, especially on Twitter. Now, she will be on the receiving end of the demands of health advocates.

Another crucial but largely invisible task that the new Health Minister will have will be to boost morale with Health Canada and the Public Health Agency of Canada, where scientists and staff alike were muzzled and frustrated by the previous government.

In recent years, the post of federal Health Minister has, for all intents and purposes, been a junior one.

With Dr. Philpott in the role, that is going to change. 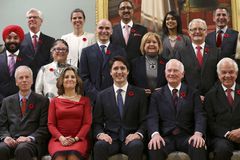 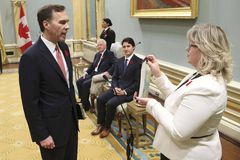 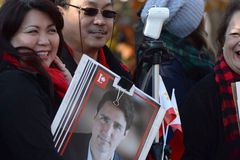 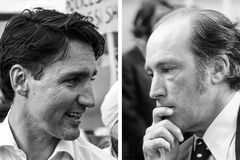 Where is Canada’s economy headed? Notes for the new finance minister
November 4, 2015
Follow André Picard on Twitter @picardonhealth
Report an error Editorial code of conduct
Due to technical reasons, we have temporarily removed commenting from our articles. We hope to have this fixed soon. Thank you for your patience. If you are looking to give feedback on our new site, please send it along to feedback@globeandmail.com. If you want to write a letter to the editor, please forward to letters@globeandmail.com.
Comments