The first pages of the Liberal budget are about hope and the "promise of progress." The next 20 are pretty grim. Uncertain future. Stagnant incomes. Threats from a weak global economy. But there's a narrative arc being set up: Now that the money's flowing, Finance Minister Bill Morneau was telling us, things will get better, over time.

There's something else underneath this budget: Justin Trudeau's Liberals are banking on the economy improving more than their budget projects. Otherwise that narrative about hope and promise isn't going to be fulfilled.

This was a Liberal budget, with liberal spending that Canadians haven't seen from Ottawa for decades outside of a recession or crisis – billions pumped out, though it means years of deficits.

Right now, the Liberals have probably read the public mood correctly, deciding Canadians feel frustration with the economy and their lot in it, and want spending.

But in three or four years, if things go as projected in this budget, the mood won't be as hopeful. There would still be a $14-billion deficit as the Liberals head into an election, mediocre economic growth, and new pressures on Ottawa's finances. Mr. Morneau's narrative rests on things being better.

Some of it is a setup: the Finance Minister packed so much cushion into his figures with pessimistic assumptions that if the economy grows at the pace most economists predict, the deficit will be $6-billion less each year. The growth forecasts don't really account for the boost of extra federal spending. They've made the targets easier to beat.

But Liberal planners have also got fingers crossed that a better economy will make the narrative work out.

In his budget speech, Mr. Morneau wove a tale to make it seem he was bringing back an era of economic hope. People could once afford a car and a house and expect their children to have a better future, he said. In postwar years, Canadians built the St. Lawrence Seaway and subways, and could be optimistic.

This budget, however, wasn't all about building things and middle-class opportunity. Mr. Morneau boasted that the new Canada Child Benefit will lift 300,000 families out of poverty. Employment Insurance rules were softened. There was a variety of social spending announcements.

When the budget required nip and tuck to keep this year's deficit under $30-billion, marquee middle-class items took a trim.

The Liberal government's new Canada Child Benefit was shaved so parents earning more than $30,000 get a little less than promised in the election. The Liberals promised an immediate $5-billion boost for infrastructure spending in the 2016-17 fiscal year, but cut it to $3.5-billion.

There's little wonder Mr. Morneau's picture of a hopeful future was heavily framed in the uncertain outlook many Canadians feel now. It's rhetorical justification for going ahead with the interventionist spending despite a weak economy and deeper deficits. It also lowers expectations of quick change.

Mr. Morneau never mentioned stimulus – the Liberals don't want to portray the budget as a jump start that will improve things quickly. He talked about long-term growth. The short-term message is that they're just beginning to improve things.

The real payoff in this story is supposed to come later. Mr. Trudeau faces an election in 3 1/2 years, and things better be looking up. If not, the accumulated debt, still-high deficits and unexciting growth won't fit the mood any more. Mr. Morneau has padded his budget so he can beat its targets, but the narrative requires the economy to do better.

There are places hidden in this budget where the Liberals are living on that hope.

The fiscal plan for three or four years from now doesn't include anything like the 6-per-cent annual health-transfer increases provinces demand. It projects operating expenses will stay flat after 2017. The Liberals have more promises to keep. Without a bounce in the economy, they'll face pressure to pare back, or let deficits stay high.

Mr. Morneau set out the narrative that uncertainty will eventually turn to optimism. He gave himself a head start to beat his targets. But his narrative counts on an economy that gets better than his budget numbers predict. 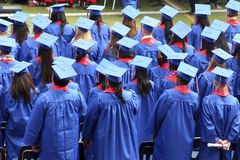 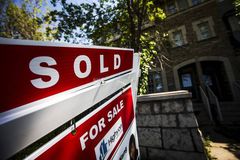 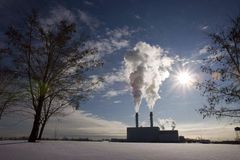