If Brian Mulroney had had his way, the former Parti Québécois finance minister would have accepted the then Tory prime minister's 1987 invitation to sit in the upper chamber. Mr. Mulroney was seeking to appoint enough pro-free-trade senators to ensure passage of his signature economic initiative. Mr. Parizeau supported the Canada-U.S. trade deal, but his separatist allegiances won out. He said no.

This is one of the revelations to emerge from a new four-part Radio-Canada documentary on Mr. Mulroney that begins airing Friday on the CBC's French network. But English-Canadians won't soon get to see it. The CBC currently has no plans to air a translation or produce its own Mulroney documentary.

Whether or not this is a sign of the English network's antipathy toward the former prime minister, it does testify to the two solitudes of public opinion regarding the former prime minister. The series – titled Brian Mulroney: The Exceptional Journey of the Boy from Baie Comeau – has been heavily promoted in Quebec. And while it is unlikely to be a ratings blockbuster, its existence does underscore Quebeckers' somewhat greater fondness for Canada's 18th prime minister.

Veteran Radio-Canada journalist Guy Gendron, an Ottawa correspondent during Mr. Mulroney's tenure as prime minister, got the idea for the series three years ago after watching what he called the "fifth rebroadcast" of one the network's many documentaries on Pierre Trudeau.

"I said to myself 'it seems to me we've had other prime ministers of Canada,' " Mr. Gendron recalled.

The debut of the series corresponds with the 30th anniversary of Mr. Mulroney's arrival in Ottawa as the MP for Central Nova, a few months after winning the Progressive Conservative leadership race. The next year, the Tories won the biggest majority in Canadian history – 211 of 282 House of Commons seats.

Mr. Gendron insisted the documentary is no hagiography, having interviewed about 40 Mulroney friends and foes and examined both the highs free trade and Mr. Mulroney's anti-apartheid crusade) and lows (the Airbus scandal and failure of the Meech Lake Accord) of his political career.

"You can't present a portrait of someone through the lens of some 40 people that is one –dimensional," Mr. Gendron explained. "I wanted to present multiple perspectives."

Still, in the documentary, even one of Mr. Mulroney's most dogged opponents – former Rat Pack member Sheila Copps – now praises policies she once fought. And former prime minister Paul Martin, a personal Mulroney friend since their days as young Montreal lawyers, says the Liberals could not have reduced income taxes had the GST not been in place when they took power in 1993.

Another revelation that is sure to raise eyebrows is Mr. Mulroney's admission that he promoted the idea of a Canada-U.S. free trade deal with then president Ronald Reagan at their 1985 Shamrock Summit in Quebec City even though Mr. Mulroney was publicly insisting he was against such an agreement. It was not until the fall of 1985 that Mr. Mulroney announced his intention to launch free-trade negotiations.

"He didn't want free trade to become an issue in the leadership race," Mr. Gendron said. "Mulroney said: 'John Crosbie was more honest than me, and he lost.' "

Mr. Gendron conducted five interviews with the now 74-year-old Mr. Mulroney in 2012, with each session lasting between two and three hours. Lengthy excerpts from the interviews are posted on a website accompanying the series. 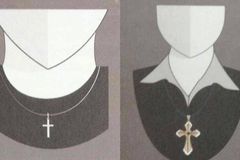 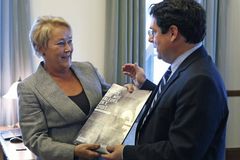 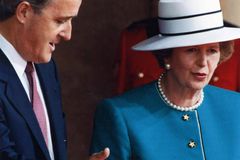 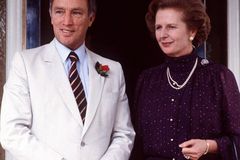 ‘The West was already in’: Mulroney defends his legacy as PM
October 23, 2012 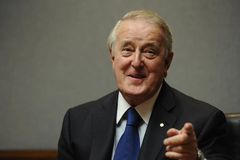