Lobbyists are concerned they're going into the 2015 election in a new ethics environment that will reduce their involvement in political campaigns to putting up lawn signs or attending a fundraiser.

Federal lobbyists, who have traditionally played volunteer roles in local and national political campaigns by providing strategic advice, helping with fundraising or working on communications, are being told by the Office of Commissioner of Lobbying that being an executive on a local electoral district association or writing a campaign speech for a political candidate could put them in a conflict of interest.

"A lot of lobbyists are saying, 'If this is going to be such a hassle, it's better that I stay out of an election campaign,'" said Léo Duguay, a former Conservative MP and a consultant lobbyist and principal with the Rothwell Group in Ottawa. "I'm afraid that we've put in so many rules and gone into such specific detail that we've created a chill."

Lobbyists like to get involved in campaigns to show their support and build relationships with parties and candidates. The question being put to the lobbying commissioner is how much their political activities should be curtailed.

The commissioner has developed a revamped Lobbyists' Code of Conduct, an ethical rulebook for lobbyists, after consultations with the sector last year. The rules are not expected to come into force until late fall, though a new environment and interpretations of the rules are already affecting lobbyists' behaviour for the upcoming election.

The new code says lobbyists must not lobby a public-office holder or their office where a "sense of obligation" has been created through gifts, close personal relationships or political activities such as working on a campaign.

Ms. Shepherd's office has told the lobbying community that putting up lawn signs, being a member of a political party, donating to a party or attending a fundraiser are low-risk activities that would not create a sense of obligation. But there's a difference, her office has said, between stuffing envelopes for a candidate and coaching them for a debate.

Preparing a candidate for a debate, writing a speech or serving as an executive on an electoral district association could create a conflict, lobbyists have been told.

Consultant lobbyists and in-house company and association lobbyists, who typically have politics and campaign experience, said they want to continue playing volunteer roles in campaigns and work with candidates running for office.

Mr. Duguay said lobbyists are helpful for their expertise and understanding of how government and politics works. "You wouldn't hire someone to coach a professional baseball team who hasn't played baseball," he said.

Some political candidates also want the help. NDP MP Peter Stoffer, first elected in 1997, agreed that lobbyists can play a useful role on local campaigns, especially in the advice they can provide first-time candidates. "Lobbyists bring experience. They bring a sense of calm and wisdom to it," he said.

Lobbyists say they remain uncertain about some activities, such as knocking on doors, offering media training, serving as a local poll co-ordinator (poll captain) or an election scrutineer, or going on television as a spokesperson.

"The last time I checked, we are allowed to offer opinions on politics in this country, regardless of how we earn a living," Conservative lobbyist Tim Powers, vice-chairman of Summa Strategies in Ottawa, said by e-mail. He has gone on television as a Conservative pundit and previously worked in the Conservatives' national campaign war room.

"It is not quite clear in my mind what role lobbyists can play in war rooms. I won't be in one but some may be," Mr. Powers said. "The new rules I find more confusing rather than less. And because of that uncertainty, many of us have become very cautious about participation."

The commissioner pointed out she does not restrict lobbyists from participating in any political activities. However, under the rules, they must not lobby an official who's been elected on their assistance.

Ms. Shepherd said she does not intend to create an exhaustive list of activities that are high-risk. She said her office may issue guidance before the election to provide some clarity about activities that can constitute a "sense of obligation." She said many lobbyists used similar guidance her office issued in 2010, providing examples to help lobbyists stay within the rules.

"We'll be looking at providing them with sufficient information so that they can make some of those decisions," Ms. Shepherd said. 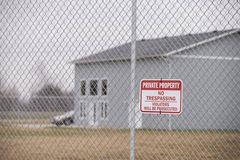