Conservative Kellie Leitch is proposing a values test for immigrants. Liberal Immigration Minister John McCallum says he wants a substantial increase in the number of immigrants coming to Canada, including temporary foreign workers.

It looks like a season of immigration politics is coming. And it is making these politicians' own parties, Liberals and Conservatives, nervous.

Some Conservatives worry that Ms. Leitch might undo years of party work to appeal to immigrants and minorities. But some Liberals think it might be foolish to assume Canada is immune to the resentments that fuelled Donald Trump's campaign and Britons' vote for Brexit: They fear greatly expanding immigration now is risky politics.

Tony Keller: Kellie Leitch: Xenophobia doesn't have to be a conservative value

Look at Ms. Leitch: Her proposal to screen immigrants for "anti-Canadian values" has taken its roughest criticism from Conservatives. Interim leader Rona Ambrose panned it, every declared leadership aspirant except for Tony Clement has knocked it and Stephen Harper's former policy director, Rachel Curran, called it "Orwellian."

This, after all, is the kind of identity politics the Conservatives played with in the 2015 election campaign, when the "barbaric cultural practices" tip line announced by Ms. Leitch was a vote-loser.

There is fear that playing hot-button politics with immigrant screening threatens the gains Conservatives made under Mr. Harper, when former cabinet minister Jason Kenney led work to build support among immigrants and ethnic minorities. That was a winning formula: 40 per cent of Canadians are first- or second-generation Canadians, so if you can't earn their votes, you can't win enough ridings to take office.

For the most part, the Liberals have let Conservatives fight over Ms. Leitch. But Arif Virani, the parliamentary secretary to Mr. McCallum, the Immigration Minister, said he didn't buy Ms. Leitch's argument that her proposal aims to promote tolerance. "It's valid to be concerned about your nation. It's valid to be concerned about gender equality," Mr. Virani said. "I think it's a bit ironic to describe screening people's views and thoughts as promoting tolerance."

And though he acknowledged that many Conservatives have opposed Ms. Leitch's proposal, he argued it still suggests a political divide: "I do think there's a big difference between the most recent inclination of the Conservative Party and what the Liberal government is doing now," he said.

Not all Liberals are sanguine about their government's immigration plans, however.

Canadians have generally approved of Prime Minister Justin Trudeau's high-profile initiative to bring in 25,000 Syrian refugees. But the Liberals have not only raised overall immigration targets, from 279,000 in 2015 to 300,000 this year; Mr. McCallum is talking about a big increase for the future – as well as increasing the number of temporary foreign workers.

If you think that's traditional Liberal practice, it's not. Former prime minister Jean Chrétien promised to expand immigration, to 1 per cent of the population, in 1993 – but when he took office in a postrecession economy, he actually cut it for years. It's not the party in power, but the health of the economy, that has influenced immigration.

But Mr. McCallum is proposing something different – a major increase in a soft economy.

Some Liberal MPs worry it's not wise. It's not that they feel likely to be outflanked by proposals such as Ms. Leitch's. It's the bigger part of that Trump-Brexit brew: In an uneasy economy, they have economically anxious constituents who worry newcomers might take their jobs. Expanding immigration now, especially bringing in more temporary foreign workers, could be walking into a political storm.

Polls, including one conducted for the government in February, don't suggest much support for expanding immigration. But Mr. Virani, who is taking part in public consultations, thinks it's there – in particular when immigration is linked to economic growth strategy. "There's an appetite for growth, and an appetite for immigration that's geared toward growth," he said. But in these times, that's a political gamble.

Ms. Leitch has made some Conservatives worry they'll be tarred with a nativist label. But immigration politics worries Liberals, too, who are nervous that embracing a big expansion means misreading the public mood. 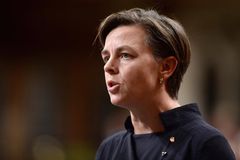 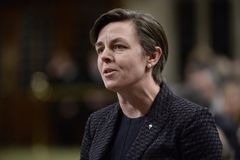