New Democrats see the Liberals as the political party born with a silver spoon in its mouth. The fact that Justin Trudeau is about to publish an autobiography is just more galling proof.

The mere mention of the book makes many New Democrats' eyes roll. They snicker that the 42-year-old Mr. Trudeau's big job was as an amateur sport critic before his 16 months as leader, and now he's recounting his life's work in a tome called Common Ground. Worse: They expect it will just garner Justin Trudeau more headlines.

It's not just partisanship. It's resentment. They feel the deck is stacked. The Liberal Leader, they feel, gets more ink when he wears a cowboy hat than Thomas Mulcair does when he grills Stephen Harper in the Commons. New Democrats, as with Conservatives, have always felt the Liberals have it easy because they're seen as the Natural Governing Party. The New Democrats resent it more now, as they battle over who is the real opposition.

But they also know their leader needs more of what Mr. Trudeau gets. It's not going to be rock-star photo ops and a quickie life story, but Mr. Mulcair needs to get attention for something other than standing in the House of Commons wagging a finger. This fall, expect to see more of Mr. Mulcair out in towns in B.C. or southwestern Ontario, trying to get Canadians to get to know him.

The problem is that, in one sense, the deck is stacked against them. Things haven't worked out as expected.

After the New Democrats struggled for years as the third or fourth party, relegated to the last paragraphs of news stories, some expected the 2011 election that made the NDP Official Opposition to change all that. One MP, for example, argued privately that it should be the party's right to be quoted second in every newspaper story, after the Conservatives, with similar treatment in TV news.

But the NDP didn't really shore up that Official Opposition position. Reporters didn't stop asking Liberals to comment. The death of leader Jack Layton put uncharismatic interim leader Nycole Turmel in charge for months. When Mr. Mulcair took the reins, the New Democrats started to get a little more attention than the Liberals, according to their own media tracking. Then Mr. Trudeau came along to steal the limelight.

He did. In English Canadian media, there was 69 per cent more coverage of Mr. Trudeau than Mr. Mulcair in the first six months of this year, according to Jean-François Dumas, president of Influence Communications. In Quebec, Mr. Trudeau had a 17-per-cent edge.

It's maddening to NDP strategists. Even negative stories, such as trouble in the Liberal party over Mr. Trudeau's refusal to allow anti-abortion positions, gave the Liberals attention. That decision sent a message to pro-choice voters, but the stories didn't mention the NDP has the same position.

The New Democrats see it as bias, even if they understand some of the reasons for it: the family name, the pictures of him a child with his PM father, the good looks and now momentum – editors and producers think people want to see him. One NDP official noted that's a self-fulfilling prophecy, comparing it to the old Hygrade hot dog slogan: "More people eat them because they're fresher, and they're fresher because more people eat them."

That's what has happened with Mr. Trudeau. Mr. Dumas said he's the first Canadian political example of "peopleization," where persona gets more attention than what someone does. The public has heard so much about him. "It creates an emotive proximity," Mr. Dumas said. Revealing the title of his autobiography makes headlines. New Democrats roll their eyes, and yes, there will be a debate over substance. But there's also a fight for attention.

Mr. Mulcair can't compete on the same field. While he won plaudits for his role as Opposition Leader, his strategists realize that's not doing them much good any more – he has to go to towns in B.C., Saskatchewan and Ontario, and be seen outside Commons debate.

That's not entirely new, of course – Mr. Mulcair has travelled. But the party will emphasize it more, because they have to find novel ways to define him soon, outside of the Ottawa bubble, or he risks slipping out of the conversation. 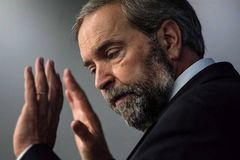 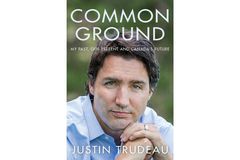 Why B.C. is so crucial to Mulcair’s hopes of becoming prime minister
Subscriber content
August 5, 2014 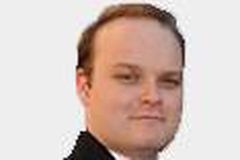