The silent senator has slipped away into the quiet again.

You could see Senator Irving Gerstein yesterday, clad in his customary pinstripes, looking upset at a committee meeting. But you couldn't hear much from Mr. Gerstein about serious allegations around his role in the Senate scandal. His Conservative colleagues rallied around to block further talk about it.

On Wednesday night, Conservative senators defeated a motion to have a partner with accounting firm Deloitte, Michael Runia, appear as a witness, blocking efforts to look into allegations that Mr. Gerstein meddled with a Senate-ordered audit of Senator Mike Duffy's expenses.

The silence around the affair is in keeping with Mr. Gerstein's style in politics. He's never liked to say much in public, assiduously dodging microphones over the many decades when he has played an influential role in Conservative politics.

Mr. Gerstein was once a high-profile Canadian business figure, a third-generation CEO of Peoples jewellers, until an ambitious leveraged buyout of U.S. jewellery giant Zale Corp. went sour, and Peoples went into receivership.

But he has remained a key Tory fundraiser throughout, though a discreet figure in the backrooms. He was reportedly one of the influential Tories, back in 1979, who suggested then prime minister Joe Clark move Canada's embassy in Israel from Tel Aviv to Jerusalem, a political fiasco. He stayed a key fundraiser under Brian Mulroney, when Mr. Clark returned as PC leader in 1998, and after the Canadian Alliance and Progressive Conservatives merged in 2003, he became Mr. Harper's chief money man. Mr. Harper appointed him to the Senate in 2009.

Now, he's a legislator who apparently feels no need to explain his role. The Senate, under a lengthy cloud because it didn't apply ethical standards seriously, is choosing to look away again.

In one sense, that's just politics. The Conservatives want the scandal to go away, and Mr. Gerstein has become a lightning rod for the opposition.

A November court filing by RCMP investigator Corporal Greg Horton alleged that Prime Minister Stephen Harper's then chief of staff, Nigel Wright, committed a crime when he paid off $90,000 in questionable expenses that Senator Mike Duffy had claimed.

But Cpl. Horton's court filing also indicated that Mr. Gerstein, the chair of the Conservative Party Fund, had initially suggested that the party pay the bill. That revelation made Mr. Gerstein's speech to the Conservative Party convention a month ago – a rare public sortie when he boasted to delegates that he refused requests to have the party pay the money, and "it never did" – seem less of a proud moment.

Yet there's another reason senators, even Conservative senators, should have been interested in hearing more about Mr. Gerstein's role in the scandal: the RCMP documents allege he tried to undercut Senate work.

A Senate committee had hired Deloitte to audit Mr. Duffy's expenses, but Mr. Wright asked Mr. Gerstein, according to the RCMP document, to see if the audit's conclusions could be changed if the money was repaid. Mr. Gerstein did call Mr. Runia, who called auditors on the file. The lead Deloitte auditor told senators he didn't reveal any confidential information – but Conservative senators voted last night to block efforts to call Mr. Runia as a witness.

The explanation the Conservative senators gave for blocking Mr. Runia's appearance – that they did not interfere with an RCMP investigation – is a flimsy abdication. There's no sign that Mr. Gerstein in under police investigation himself, and the issue at hand – meddling with a Senate-ordered audit – is not a criminal matter, but an issue of the functioning of Parliament's Upper House. On that point, the Senate's interest in discovering the truth needn't wait for any RCMP investigation.

"This was a forensic audit, and I think we all expected that this would be conducted free of interference," the Liberal Senate Leader, Senator James Cowan, said Wednesday. "I think Senator Gerstein and Mr. Runia have an obligation to explain themselves."

There's no sign they agree. Liberal Senator Céline Hervieux-Payette confronted Mr. Gerstein at a meeting of the Senate banking committee on Wednesday morning, arguing that he should step down as chair of the committee until he explains his role. Mr. Gerstein ruled her out of order.

Now Mr. Gerstein, the longtime political money man, sits as a legislator in Parliament, a subject of lingering questions. But in the comfort of the Red Chamber, he's able to stick to the silence of the backroom. 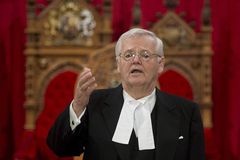 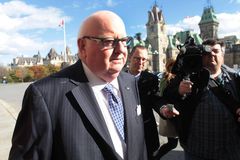 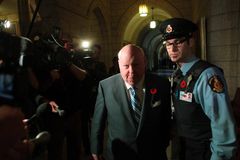 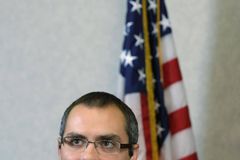 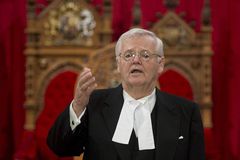 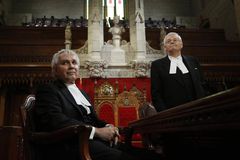 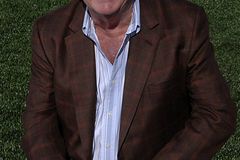