As the Ontario election campaign kicks off, culminating in a June 12 vote, Tim Hudak's Progressive Conservatives appear to enjoy a small edge over Kathleen Wynne's governing Liberals in provincial voting intentions. But which of the two parties is currently better placed to form the next government is little better than a coin flip.

According to ThreeHundredEight.com's latest vote projection, encompassing all the latest polls, the Tories currently lead with 36 per cent support, against 33 per cent for the Ontario Liberals. The New Democrats, at 23 per cent, trail in the third, followed by the Greens at 7 per cent support.

This would likely deliver between 40 and 52 seats for the Progressive Conservatives, just short of the 54 needed to form a majority government. But the Liberals could win between 35 and 49 seats – an overlap that makes it very likely that either party could emerge out of an election held today with a plurality of seats. The precise estimate, using ThreeHundredEight.com's seat projection model, gives both parties 43 seats apiece. The New Democrats win 21, or between 16 and 23 seats.

The start of the campaign has not brought much clarity to the picture of the political landscape in Ontario. Last week, we looked at the five polls conducted from the start of April that showed wide bands of support hinting at either a Liberal or a PC majority government and everything in between.

The two polls conducted since then are in slightly more agreement, with the Liberals between 33 and 35 per cent and the NDP at 22 per cent. But the Tories were pegged at either 32 or 38 per cent, making a world of difference in terms of electoral outcomes. The support of the PCs seems, at this stage, to be the hardest to pin down. But the two newest polls show a similar negative trend line for the New Democrats.

In the context of this uncertainty, the projection model does take into account the potential for a surprising outcome. Both the Tories and Liberals could potentially emerge with a majority government, but overall the PCs appear to be in the better position. Their floor puts them no lower than second, whereas the Liberals could find themselves in third if things take a turn for the worse. A minority NDP government does not appear to be in the cards at current levels of support, even assuming a large degree of error in the polls.

The Liberals are able to pull an equal amount of seats to the Tories at a lower level of support due to their disproportionate ability to win a large number of seats in Toronto. Currently pegged at 43 per cent support in the provincial capital, the Liberals could win between 13 and 18 seats in the city, compared to one to four seats for the Tories at 27 per cent and three to five seats for the NDP at 24 per cent.

That Liberal dominance in Toronto does not extend to the suburbs, where the race is far closer. In the 905 area code, largely made up of the Golden Horseshoe outside of the city of Toronto itself, the Tories have about 37 per cent support to 35 per cent for the Liberals. Nevertheless, that is more likely to deliver a larger number of seats to the Liberals (13 to 16) than to the PCs (10 to 14).

At this point in the contest, the New Democrats appear likely to emerge with roughly as many seats as they had when the legislature was dissolved. But this race is going to be a relatively long one. The recent example of the Quebec election shows that a third party can make substantial gains if voters decide to turn against one of the front-running parties during the course of a grueling campaign. For the time being, however, the contest for the premier's office is primarily between Ms. Wynne and Mr. Hudak. 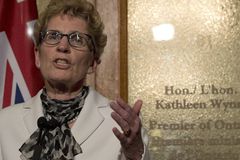 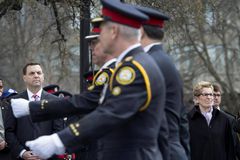 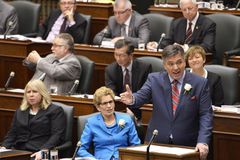 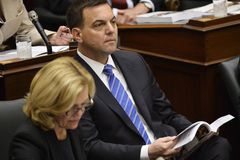