Jordan spent the first two years of his life in a Winnipeg hospital before doctors decided his condition was stable enough to return home to Norway House First Nation in northern Manitoba.

However, the federal and provincial governments could not agree on who would pay for Jordan's homecare – services that would be expensive but much cheaper than hospital care. The Kafkaesque jurisdictional dispute lasted until Jordan died, in 2005, at age five, never having spent a single day at home with parents.

In response to the tragedy, Jordan's Principle was created. It states, simply, that First Nations children can access public services on the same terms as other children, regardless of whose jurisdiction they fall under, i.e. whether they are so-called status Indians, or whether they live on or off-reserved. The principle was enshrined in a unanimous vote by members of all parties in the House of Commons in December 2007.

Eight years later, what has changed?

According to a damning new report, entitled "Without denial, delay or disruption : Ensuring First Nations children's access to equitable services through Jordan's Principle," not much.

According to the federal government, there is no problem. In response to the report, Bernard Valcourt, the federal Minister of Aboriginal Affairs and Northern Development issued a statement saying "there are currently no outstanding jurisdictional disputes involving Jordan's Principle in Canada." What the minister does not say is that what Ottawa has done is define the term "dispute" so narrowly that no cases qualify.

It says that only children with multiple disabilities requiring services from a wide variety of providers now qualify for equitable treatment. It argues that Jordan's Principle applies only to children on-reserve – because those off-reserve are not in Ottawa's jurisdiction. Further, when there are disputes between federal departments, saying between Aboriginal Affairs and Health Canada, that's not a dispute. In Ottawa's absurdly narrow definition, both the federal and provincial/territorial government must acknowledge they are at odds or there is, officially at least, no dispute, and hence no recourse for parents.

This is bureaucracy and political mealy-mouthedness at its worse.

What the new report, prepared for the Assembly of First Nations by a bevy of scholars, presents is the polar opposite: Some clear and striking examples of how the spirit of Jordan's Principle is not being respected :

Parents of children with disabilities, regardless of where they live in this country, have endless, frustrating battles with health and social welfare authorities all the time because, in Canada, there are arbitrary lines about service provision all over the place.

But there is no question First Nations parents and their children have it worse. The red tape is suffocating to the point of being deadly.

Canada's First Peoples routinely get second-class treatment, to borrow the title of a recent report from the Wellesley Institute.

The contempt shown by federal (and to a lesser extent provincial) officials is a shocking example of institutionalized racism and discrimination that has plagued the relationship with First Nations for centuries.

That has to change, and the starting point has to be treating First Nations kids who are the sickest of the sick fairly.

It's not enough for Parliamentarians to stand up and endorse Jordan's principle – it has to be given life, something Jordan and to many others who have followed have been summarily denied. 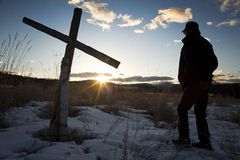 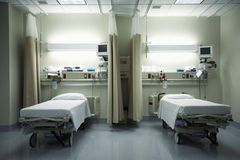