Last Friday, the Canadian Human Rights Tribunal awarded Cindy Blackstock, president of the First Nations Child and Family Caring Society, $20,000 in damages because of the crass manner in which she was treated by officials in the office of the Minister of Aboriginal Affairs.

Dr. Blackstock is one of the most principled and dedicated activists in the country. Her small group has been fighting for many years to expose the inequitable funding of child welfare services on First Nations reserves. It has done so in the courts, before tribunals and in the public arena.

To oversimplify, the issue is that care provided to aboriginal children is lesser than what is provided to non-aboriginal children, and the Department of Aboriginal Affairs pays less to cover that care. This notion has come to be known as Jordan's principle, named after the tragic case of Jordan River Anderson, whose family faced all manner of jurisdictional delays in their bid to have his medical needs treated at home.

In Dr. Blackstock's view (a view shared by many lawyers and backed up by some jurisprudence), this is a violation of the Canadian Charter of Rights and Freedoms and the Canadian Human Rights Act, both of which prohibit discrimination based on race and ethnic origin.

There are approximately 167,000 First Nations children in Canada, and many are from broken homes, or involved in child welfare services in disproportionately large numbers. For example, Canada has about 30,000 foster children, more than 15,000 of them aboriginal.

The new judgment pertains to an incident on Dec. 9, 2009. That day, Dr. Blackstock went to attend a meeting at the offices of the minister of aboriginal affairs in Gatineau, Que., with several Ontario chiefs. She was blocked from entering the meeting room by David McArthur, special assistant to then aboriginal affairs minister Chuck Strahl. He ordered a security guard to prevent Dr. Blackstock from entering the room and told other attendees the meeting would be cancelled if she went in.

Mr. McArthur said Dr. Blackstock was not on a list of invited guests, but testimony revealed that most of those who were to attend the hastily called meeting were not on a list either, and she was the only one snubbed.

The political aide testified that he did not want someone with whom the department was in litigation in the meeting without first briefing the minister. The topic was child welfare, Dr. Blackstock's area of expertise, and she told the aide she was not there to discuss the complaint.

The tribunal said Mr. McArthur's actions were of a "willful and reckless nature" and were, in and of themselves, discriminatory. It awarded Dr. Blackstock $10,000 for pain and suffering and an additional $10,000 because the discrimination was a clear act of retaliation for her human rights complaint. The $20,000 award is the maximum allowed under the law.

Dr. Blackstock is not interested in the money. She said it will be donated to children's charities.

The tribunal rejected other claims of retaliation in Dr. Blackstock's complaint, but they are, nonetheless, worth reviewing.

She said that, in 2008, the Aboriginal Affairs department passed her over for a post on a working group created to reform aboriginal child welfare services in B.C. The tribunal said that while Dr. Blackstock was eminently qualified, the department could justify rejecting her candidacy because she had philosophical differences with others on the working group.

Dr. Blackstock has also alleged that Aboriginal Affairs has spied on her by surreptitiously tracking her public appearances and Facebook postings, both those of the "I Am A Witness" campaign, a bid to raise support for the human rights complaint about discrimination against aboriginal children, and her personal page.

The tribunal found that this is true, but it is not discriminatory. Rather, it appears, tracking the public statements of a high-profile activist is justified, especially because the department is enmeshed in litigation with her.

Finally, the FNCFCS head complained that the department inappropriately accessed information on her status in the Indian Registrar Record, again because of the human rights complaint.

The tribunal also found that this occurred, but that the verification of her status was justified to deal with Access to Information requests, and it was not done to garner personal information to use against her.

The federal Privacy Commissioner has ruled on this issue previously, saying some of the behaviour of the department – like hiring a paralegal to track Dr. Blackstock's Facebook postings – was troubling, and made recommendations that were accepted and implemented.

Some will say Dr. Blackstock is litigious and bothersome. She may well be – what activist is not – but she is also right.

The way Dr. Blackstock is treated by the federal government is petty, disgraceful and disrespectful. If Ottawa put half as much effort into improving the lot of aboriginal children – ending the blatant discrimination in the provision of health and social services first – as it does into tracking and undermining Dr. Blackstock's work, this issue would have been settled long ago. 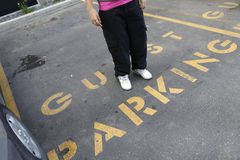