The Council of the Federation – the name given to the congregation of Canada's 13 provincial and territorial premiers – has gathered in Niagara-on-the-Lake, Ont., for its twice-annual two-day meeting.

As always, there is plenty on the agenda. Disaster preparedness is a priority since the floods in Alberta and the derailment in Lac-Mégantic, Que. Job training and energy will also be discussed. And, of course, a perennial theme: health care.

The premiers have set aside 30 minutes to talk about the publicly funded health insurance system.

Half an hour should be plenty.

The premiers have no need to discuss the minutiae of medicare or attempt to resolve every problem in the health system.

A high-level meeting is where the political leaders of the provinces and territories should lay out their common vision for medicare. It is then up to their minions to bring that vision to life.

At this meeting, the premiers really need to ask, and answer, only one question: "Do we want some semblance of a national health-care system?"

The question is necessary because Ottawa has essentially washed its hands of the matter. Prime Minister Stephen Harper believes that health is strictly a provincial jurisdiction, and therefore his government makes no effort to level the playing field for the provinces. He is content to provide some federal funds, but without conditions, meaning no health dollars targeted to ensure provinces provide specific, comparable services.

So, for better or worse, the provinces decide if Canadians coast-to-coast-to-coast should get similar access to health services.

If the answer is "No," then there is not much to discuss. They should carry on as they are, and allow the disparities between provinces and territories to grow, as they have been doing for several years.

The provinces collectively spend more than $160-billion in public funds on health care, with Ottawa kicking in $30-billion of that total. But the burden of this varies a lot between jurisdictions: Health spending accounts for 13.2 per cent of gross domestic product in Nova Scotia, compared with 7.6 per cent in Alberta.

These inequalities will become even more pronounced after 2016, when federal funding will shrink and be provided strictly on a per capita basis.

If the provinces and territories want a truly national system, they will have to do one of two things: 1) Demand Ottawa come back to the table and resume its traditional role, or; 2) adopt policies to compensate the have-not provinces, up to and including cost-sharing.

To date, they have done neither.

Many provinces are happy to have Ottawa send them health dollars with no strings attached. And the notion of Alberta or Saskatchewan curtailing services or giving up health dollars to ensure comparable care in Nova Scotia or New Brunswick without the intervention of Ottawa seems politically unrealistic.

The provinces and territories talk a good game about co-operation but, so far, the measures they have taken are timid at best. The premiers have a health-care innovation working group, but it has focused on three areas – promoting the use of clinical practice guidelines, encouraging team-based delivery of care and vague talk of more co-operation on health-care human resources. They have also struck agreements for some joint purchasing of prescription drugs to reduce costs. All of this is discussed in a new report that the premiers will get in Niagara-on-the-Lake. But none of these measures addresses the fundamental question of whether our political leaders want a national medicare system.

The answer from Ottawa is a resounding "No." And from the provinces and territories the answer is an only slightly more muted "No." Rather, we will have 14 health systems – provincial, territorial and federal – increasingly disparate and splintered, and a deafening silence about that reality.

Not exactly an iconic vision of Canadian medicare. 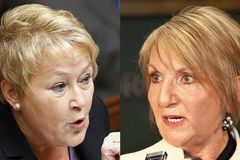 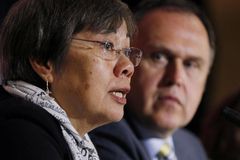 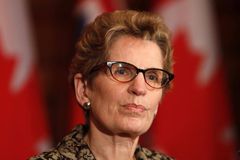 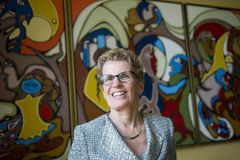