Not one new idea. Not one point of agreement. Not one moment of chivalry. Not one expression of subtlety. Probably not one vote changed.

Almost certainly the most important element: Manhattan businessman Donald Trump, who has repeatedly said the American political process was "rigged," continued to say he would not rule out a challenge to the results of the election if he is defeated. "I will look at it at the time," he said. Former secretary of state Hillary Clinton's reaction: "That's horrifying."

The good news: Mr. Trump and Ms. Clinton now have completed their final round of three tumultuous 90-minute debates, and the finale had some of the fireworks that characterized the first two acts. And though for the first third of the session the two engaged in a relatively traditional exchange of views – for a moment it even seemed like a classic presidential debate – as the session wore on it rapidly became an exchange of barbs, some of them mean-spirited.

Read more: What you missed during the final presidential debate

Read more: Trump refuses to say he will accept election result in the final debate

Mr. Trump said his rival has "been proven to be a liar in so many ways." Ms. Clinton said Russian President Vladimir Putin favoured the Republican nominee because "he'd rather have a puppet." Mr. Trump said Ms. Clinton "totally lied" on the Trans-Pacific Partnership that would create a Pacific trade group, including Canada and the United States. Then Ms. Clinton said that Mr. Trump himself had "shipped jobs to Mexico."

But what emerged from this televised heavyweight match in Las Vegas is that Mr. Trump's strategy for the final weeks of the campaign is to position himself as a change agent on every issue – gun rights, abortion, immigration, trade – on the American agenda, sometimes with unconventional proposals, while Ms. Clinton's strategy is to portray herself as the safer choice by hewing to standard progressive viewpoints.

These positions suit the candidates' personalities, character and profile.

Mr. Trump, behind in the polls, embraces change even as he knows he has to change the trajectory of the election. Ms. Clinton, husbanding a lead, needs to assure that there is no change in the direction of the course of the contest. Mr. Trump, who as a businessman might otherwise be expected to prize the stability that leaders of commerce desire, is nonetheless a natural rebel. Ms. Clinton, since her anti-war Wellesley College days a fighter for change, now portrays herself as a choice who presents little risk to American alliances and to the way politics and business are conducted.

Both were on the defensive, Mr. Trump for reports that he had groped or kissed women ("I didn't even apologize to my wife …because I didn't do anything wrong") and Ms. Clinton for charges that the Clinton Foundation was involved in so-called "pay-to play" conflicts of interest (she described the foundation as a "world-renowned charity and I am so proud of the work that it has done"). He rejoined that it was a "criminal" enterprise, she that it provided indispensable assistance to nations such as Haiti.

The two sparred over every conceivable issue, especially over who was most unfit to be president – exchanges that have no precedent in American politics. Mr. Trump said Ms. Clinton "shouldn't be allowed to run" for president because, he said, "she's guilty of a very, very serious crime." Ms. Clinton said Mr. Trump was "not up to doing the job" and said he "thinks belittling women makes him bigger."

If nothing else, these debates have plowed new ground in invective. Napoleon III, planning war against Austria, encountered Vienna's ambassador at a New Year's Day reception in 1859 and, in remarkable understatement, said, "I regret that our relations with your government are not so good as in the past." In his masterly new history of 19th-century Europe, The Pursuit of Power, the British historian Richard J. Evans said of the remark of the French leader: "In the highly constrained diplomatic language of the day this amounted virtually to an insult."

There was nothing highly constrained, or even slightly constrained, about the conflict between the two nominees, nor was there a moment of understatement. Mr. Trump: If Ms. Clinton becomes president, "this country is going to be in some mess, big time." Ms. Clinton: Mr. Trump "choked" in his meeting with the Mexican President last month and employed undocumented workers to build Trump Tower.

And so it went. The three debates provided moments of high drama, a very few of humour, some of horror. But the irresistible conclusion resembles nothing so much as Samuel Johnson's assessment of Paradise Lost. The great 18th-century journalist and critic said that Milton's work was a great epic but "no one ever wished it longer." Of the Clinton-Trump debates, indeed of the entire campaign, no one wished it longer. 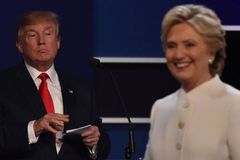 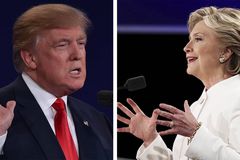 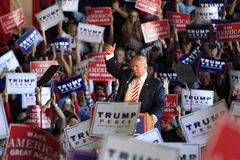 Opinion
From Clinton, a more aggressive and impassioned debate performance
April 8, 2017
Follow David Shribman on Twitter @shribmanpg
Report an error Editorial code of conduct
Due to technical reasons, we have temporarily removed commenting from our articles. We hope to have this fixed soon. Thank you for your patience. If you are looking to give feedback on our new site, please send it along to feedback@globeandmail.com. If you want to write a letter to the editor, please forward to letters@globeandmail.com.
Comments