The New Brunswick government has 'won' its legal battle with the late Dr. Henry Morgentaler.

But it is, at best, a Pyrrhic victory. The cost being paid by the women of the province – and beyond – is painfully high.

That Dr. Morgentaler had to sue the province in the first place – to try and force them to pay for abortions at private clinics, as is the norm in all other jurisdictions – is disgraceful.

That the case dragged on for 12 years – and essentially bankrupted the clinic in the process – is a travesty of justice.

And the silence about this from the political class? Lamentable.

Canadians like to think of themselves as progressive on the issue of reproductive rights. After all, there is no abortion law in this country. There hasn't been since 1988, when the Supreme Court of Canada struck down provisions of the Criminal Code as unconstitutional because they violated a woman's right to security of person, guaranteed under section 7 of the Charter of Rights and Freedoms.

But the reality is that women's rights are being violated every day by inadequate and unequal access to a legal and medically necessary health procedure, and nowhere more so than in New Brunswick.

Under regulation 84-20 of the province's Medical Services Payment Act, two doctors must certify in writing that an abortion is medically necessary and that it will be performed by a specialist in an approved hospital or it will not be covered by public insurance.

This kind of paternalistic nonsense has no justificiation, medical, legal or otherwise. (Regulation 84-20 was adopted in 1984 and should have been repealed when the Supreme Court ruling was issued.)

Furthermore, New Brunswick does not have reciprocal funding agreements with other provinces on abortion (the way it does for most medical procedures).

That means a woman from out-of-province – for example a University of New Brunswick student from Ontario – would have to pay $1,800 for an abortion in a hospital. Or she could pay $700 to $850 at the Morgentaler clinic.

These backdoor methods of restricting timely access to abortion violate the provisions of the Canada Health Act and are openly contemptuous of the spirit of the Supreme Court ruling, if not blatantly illegal.

Sadly, the high court will not get to rule on New Brunswick's refusal to fund abortions in private clinics.

After 12 years of bureaucratic nonsense, including spurious attempts at intervenor status by anti-choice groups, a lot of foot-dragging on the part of the province, the Mortgentaler Clinic has dropped the case for financial reasons.

Dr. Morgentaler, who died last May, had spent more than $1-million on the case. But the clinic doesn't have the money to continue the fight.

In fact, the Fredericton clinic – the only private abortion clinic east of Montréal – is going to close in July due to financial woes.

Those financial problems were inflicted by government with its refusal to fund abortions in private clinics, despite a legal obligation to fund medically necessary care and even though they cost less than in the public system.

In the six other provinces where there are private abortion clinics, the operation is covered by medicare. The three other provinces (PEI, Nova Scotia and Saskatchewan) and the three northern Territories where there are no private clinics will not pay for abortions in private clinics out-of-province. But all cover the operation in publicly-funded hospitals.

In New Brunswick, the Morgentaler clinic wracked up losses of $105,400 because it would not turn away women who could not afford to pay.

Yet, it is precisely women who are poor, who lack medical/political literacy, who don't have a regular family doctors, and who don't have connnections, who ended up at the clinic because of the unreasonable restrictions in the public system. The bureaucratic hoops women have to jump through create an unreasonable financial burden.

Further, the Morgentaler clinic suffered more than $100,000 in damages during a massive flood in 2008. Other downtown Fredericton businesses received government compensation, but the clinic did not, on the pretense that the owner was not a New Brunswick citizen.

Since the clinic opened in 1994, it has helped more than 10,000 women, most of whom could not get timely access to abortion services elsewhere.

Dr. Morgentaler paid those repairs himself, and absorbed the annual losses because he was principled and did not want to give up on the lawsuit and the women of New Brunswick who needed the service.

Where will those women turn now? 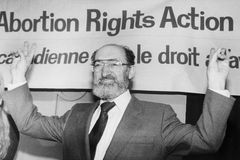 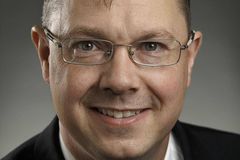