By appointing someone banned from entering Russia as foreign affairs minister, Justin Trudeau is signalling that Canada intends to take a much sterner approach to Vladimir Putin than will Donald Trump. Canadians dismayed by the Russophile tendencies of the president-elect will be delighted, though it does raise questions about how Mr. Trump will react.

Chrystia Freeland tweeted with satisfaction, back in 2014, when the Russian government banned her and 12 other Canadians in retaliation for sanctions that the Harper government imposed on Russia because of Mr. Putin's interference in Ukraine.

"Love Russ lang/culture, loved my yrs in Moscow; but it's an honour to be on Putin's sanction list, esp in company of friends Cotler & Grod," the Liberal MP tweeted. Former Liberal justice minister Irwin Cotler and Paul Grod, president of the Ukrainian Canadian Congress, were two others named.

Opinion: Cabinet shuffle: Why an overhaul was needed

But in government, the Liberals appeared ambivalent over confronting Russia. Former foreign affairs minister Stéphane Dion backtracked on a Liberal campaign commitment to bring forward a so-called Magnitsky Law and voted against a Conservative private member's bill to implement one. The law would have reflected similar legislation passed by U.S. Congress in 2012 that imposed sanctions on Russia in retaliation for the death of Sergei Magnitsky, a lawyer who investigated corruption in the Russian government. He died in prison in 2009.

But the Liberals also agreed to lead a NATO battle group that will arrive in Latvia later this year, as a warning to Russia not to interfere in the Baltic states. And the government has imposed sanctions of its own against Russia, though with none of the fanfare that accompanied Conservative announcements.

Mr. Grod judges Canadian foreign policy toward Russia to date as "disjointed," with different departments sending different signals. What the government needs, said Mr. Grod, is "strong leadership, and someone who is going to pull all the pieces together" into a coherent whole – one, incidentally, that aligns Justin Trudeau's foreign policy toward Russia with Stephen Harper's. Mr. Grod had high praise for Ms. Freeland, calling her,"astute, sophisticated and principled."

There may never have been a foreign affairs minister who understands Russia as well as Ms. Freeland. She began her journalism career as a stringer in Ukraine, was Moscow bureau chief for the Financial Times and wrote a book on Russia's transition from communism to capitalism. (As well, Ms. Freeland was a senior editor of The Globe and Mail between 1999 and 2001.) She speaks Russian and Ukrainian; her background from her mother's side of the family is Ukrainian. As minister of international trade, she secured the free-trade agreement between Canada and the European Union that had been negotiated by the Harper government.

"It is a truly meritocratic decision," said William Browder, of Ms. Freeland's elevation. He owned the investment company that Mr. Magnitsky worked for and has advocated for stricter sanctions against Russia for years. He hopes that the Liberal government will now proceed with a Magnitsky-style law of its own.

Certainly the Russian leadership will not be pleased with the appointment of a Canadian foreign affairs minister who is banned from entering their country. The Russian embassy issued this statement Tuesday afternoon: "We hope that the Canadian government will follow its stated intention to further re-engage with Russia in areas of common interest. We are open to develop bilateral relations on the basis of mutual respect and reciprocity." A spokesman had no comment when asked if and when the travel ban on the minister might be lifted.

But Ms. Freeland's appointment could also provoke a reaction south of the border. Donald Trump praised Mr. Putin and threatened to abandon the Western alliance during the election campaign, and shrugged off evidence that Russia interfered in that campaign by hacking the computers of the Democratic National Committee. Nonetheless, the Trudeau government may have been tempted to go along with the upcoming American policy of detente, if only to curry favour with the administration on trade issues that are vital Canadian interests. Instead, it did the very opposite, by promoting a noted critic of the Putin administration.

Ms. Freeland's appointment will pose an interesting test of the Trump administration's ability to compartmentalize: to separate North American trade policy from policy toward Russia.

Appointing Ms. Freeland to foreign affairs is a principled decision by a Liberal government determined to retain sovereignty over its foreign policy. We'll just have to wait and see whether that principle comes with a price. 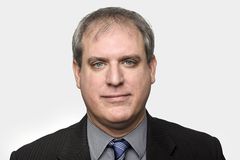