The Supreme Court of Canada decision this week on aboriginal title underscores one enduring truth that the Harper government has come to only belatedly: that partnership on resource development requires a broader reconciliation on land claims and historical grievances.

The government has long insisted that First Nations do not hold an absolute veto over resource projects on their traditional territory. But the courts have increasingly handed to them powers that, while not quite a legal veto, may amount to one in practice, especially in situations where there is no treaty as in much of British Columbia.

For years, unsettled land claims – whether in British Columbia, Ontario or the Maritimes – have remained stuck in limbo, even as industry and governments pursued one-off deals with aboriginal communities to gain their support for energy, mining or forestry projects. Where aboriginal title is clear, that process can and does work; resource companies have negotiated hundreds – if not thousands – of impact benefit agreements with First Nations from coast to coast to coast.

But in many places, aboriginal rights are uncertain, leaving communities in a difficult position when it comes to dealing with resource companies and governments who want development. This week, the country's highest court ruled that native Canadians still own their ancestral lands unless they signed away their ownership in treaties with government.

The decision was one in a long-running series of victories for aboriginal Canadians in the court system, which has also required that they be consulted and that their concerns be accommodated for resource projects that would impact traditional territory.

It's not clear how the ruling would apply to specific projects; that's something lawyers will debate. Some claim the ruling will give aboriginal groups much greater control over ancestral lands, and more power to block projects like Enbridge Inc.'s Northern Gateway pipeline, which would carry oil-sands bitumen from Alberta to an export terminal in Kitimat, B.C. Other lawyer insist the site is specific and its implications are more limited.

But what is clear is that the Conservative government much-hyped "responsible resource development" strategy – in which Ottawa regularly cites the potential for $650-bilion in projects – depends on improving relations with aboriginal communities, which are often poor, undeveloped and harbouring a deep sense of grievance and mistrust over past wrongs.

B.C. lawyer Doug Eyford made that point clear when he reported to Prime Minister Stephen Harper last November on how to win First Nations' support for resource development in Alberta and British Columbia.

"Aboriginal representatives contend that Canada has neglected relationship building with their communities and needs to better address Aboriginal interests," he wrote. "Recent engagement meetings between federal ministers, deputy ministers, and Aboriginal leaders in British Columbia were viewed positively, but those efforts must continue. Aboriginal communities remain cautious and require Canada to continue to demonstrate its commitment to improving the relationship."

Federal relations with aboriginal communities has been pretty dismal, with some rare exceptions. First Nations leaders have often accused the Harper government of trying to impose new accountability and governance rules, education measures and resource development on them without proper consultation. Former Assembly of First Nations national chief Shawn Atleo was forced to resign when he got too close to the government on its education package.

But as always, Ottawa's effort seems nakedly designed to win First nations approval, rather than accommodate their interests. The recent federal approval for the Northern Gateway pipeline has undermined any trust that might have been gained from Mr. Rickford's initiative.

In responding to the Supreme Court decision this week, Minister of Aboriginal Affairs Bernard Valcourt said "the best way to resolve outstanding aboriginal rights and title claims is through negotiated settlements that balance the interests of all Canadians."

Real progress on that front would do more for the government's plan for resource development than any other consultation effort – even if, at times, it means respecting the right of the communities to say no. 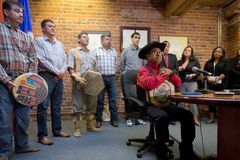 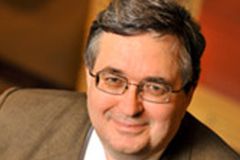 Your guide to the Assembly of First Nations and the contentious education debate
May 27, 2014
Land claims court ruling reshapes resource sector nationwide
June 26, 2014 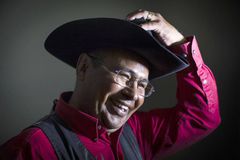