As nomination races begin in the Conservative stronghold of Alberta, new ridings and some departures have opened the door for new MPs. Here's a look at some of the faces vying for a spot on the Conservative ticket in Alberta in 2015. 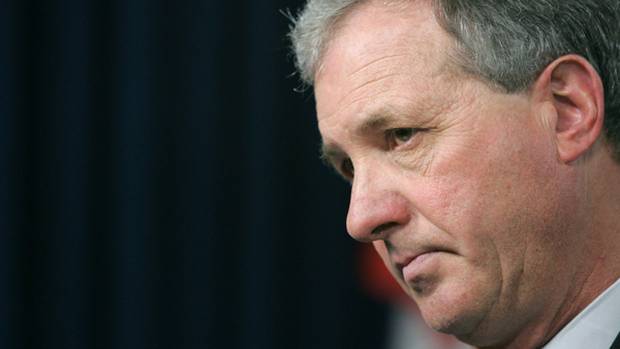 Mr. Liepert is a former provincial cabinet minister who’s making waves by challenging a sitting MP for the nomination – Rob Anders. The controversial Mr. Anders draws cringes from many of the Conservative Party’s more centrist members, but is a stalwart of the Reform movement. He’s fought off challenges several times before, but Mr. Liepert hopes to unseat him once and for all. Mr. Liepert, 64, is a familiar figure in provincial politics, a bruising, plain-spoken former finance and energy minister unpopular with opposition parties. He’s worked as a consultant since leaving politics in 2012, but is taking the opportunity to challenge Mr. Anders, 41. “There have just been a number of people who’ve had enough, they’re fed up,” he said Thursday. 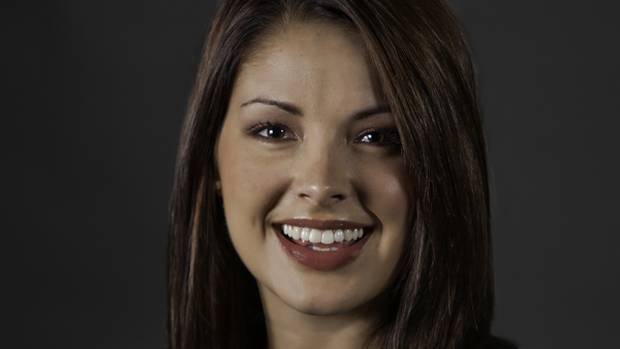 The heir apparent to the departed Ted Menzies. Ms. Mathieson, 24, worked for Mr. Menzies and in issues management in the Prime Minister’s Office, working most recently at the University of Calgary’s School of Public Policy, heart of the so-called Calgary School that produced Stephen Harper. Ms. Mathieson was raised in High River, within Mr. Menzies’ former riding of Macleod, which will become Foothills for the 2015 campaign. It’s one of two looming federal by-elections in Alberta. Ms. Mathieson has endorsements from several local political leaders, but won’t be automatically crowned as the nominee – her rivals include John Barlow, Phil Rowland, Scott Wagner and Rick Wiljamaa. Mr. Barlow ran as a Progressive Conservative locally against Wildrose leader Danielle Smith in 2012, while Mr. Rowland is said to have backing within Wildrose. For his part, Mr. Menzies is staying neutral in the race. 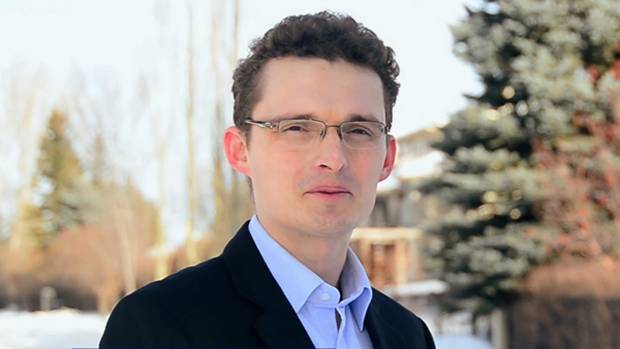 Mr. Kmiec formally declared his candidacy Thursday in the southeast riding of Calgary Shepard, a riding tucked next to that of Mr. Kmiec’s former boss, Jason Kenney, one of the most powerful figures in the Conservative Party. Mr. Kmiec, a 32-year-old Polish-born father of two, is seen by many as the leading candidate for the nomination in a slam-dunk Conservative riding. Another name considering a run was Calgary councillor Shane Keating. “I was musing that some time ago but have to admit that apple has lost its gloss,” Mr. Keating said. Mr. Kmiec is currently director of corporate affairs at the Human Resources Institute of Alberta, and has worked previously at the Calgary Chamber of Commerce. He said his focus is on lowering taxes, “promoting transparency in government,” ending the deficit and defending the province’s energy sector. 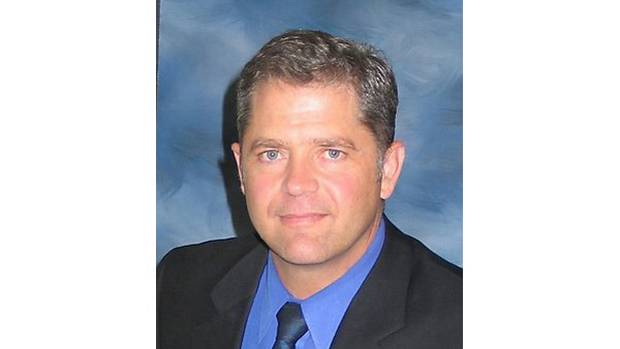 Mr. Webber is the most forthcoming of four provincial MLAs said to be eyeing bids. First elected as a Progressive Conservative MLA in Calgary in 2004, Mr. Webber, 53, served in cabinet under former premier Ed Stelmach but was left on the backbench by current premier Alison Redford. He’s now eyeing a bid in Calgary Confederation, a relatively central riding that won’t be an automatic win for the Conservatives. “I would expect a challenge by not only the Liberals but the NDP. I’m just focused right now on getting this nomination,” Mr. Webber said in an interview, saying he’s still officially “considering” running but has scheduled an announcement on Jan. 20 at a local community hall. He identifies as a fiscal conservative, but doesn’t think coming from the Redford team will hurt him among those who support Wildrose. “I certainly can’t see anyone labelling me as a Red Tory, not that there’s anything wrong with that,” he said. Among his challengers could be Matthew Macdonald, 33, a staffer in Alberta Premier Alison Redford’s office. He said he’s been approached to run in his home riding, one he agrees could be at risk of being lost to another party. “That’s why I think it is important to have the right candidate for this area to keep it in the Stephen Harper conservative column,” he said. 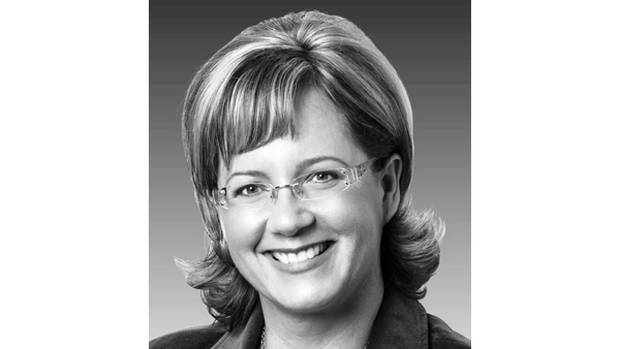 An ex-consultant and school board trustee, Ms. Sarich is a two-term MLA said to be seeking the nomination in the central riding of Edmonton Griesbach. The Conservatives have few female candidates in the region – Rona Ambrose is the only female Conservative Alberta MP north of Calgary. Ms. Sarich, however, will face a fight both for the nomination and the seat itself. Long-time Edmonton East MP Peter Goldring‘s riding was split, and he says he’s considering running in one of two ridings, including Griesbach, raising the prospect of Ms. Sarich being forced to challenge an incumbent. Meanwhile, the riding overlaps her own provincial riding, but also overlaps with provincial NDP ridings, three of which surround Ms. Sarich’s riding. Whomever gets the Conservative nomination will have a fight on his, or her, hands. 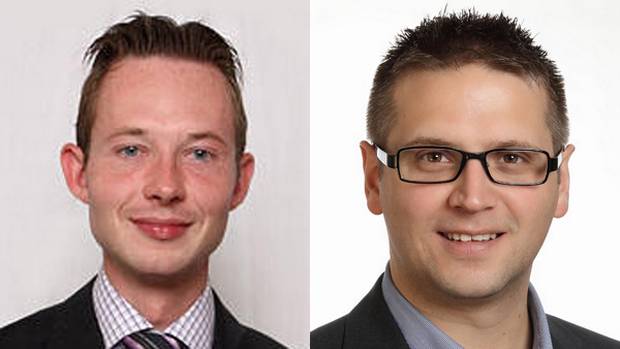 One of these two will likely be tasked with dethroning Brent Rathgeber. The MP quit the Conservative caucus after his private member’s bill on salary transparency was gutted by his own party. Mr. Rathgeber has since emerged as an outspoken critic of the status quo, saying MPs too often act like “trained seals” and bemoaning the level of control wielded by the Prime Minister’s Office. His departure from caucus triggered the race to claim his nomination, and Mr. Hastman and Mr. Cooper are the front-runners. Both are young, long-time party supporters. Mr. Cooper is a lawyer from St. Albert who has lined up a string of endorsements, largely from the provincial Progressive Conservatives. Mr. Hastman hails from the area and was the Conservative candidate in the riding of Edmonton-Strathcona in 2011, a riding the NDP held. It’s expected to be a close race. Whoever wins will have the benefit of the party brand to run against Mr. Rathgeber, who has said he plans to run as an Independent. 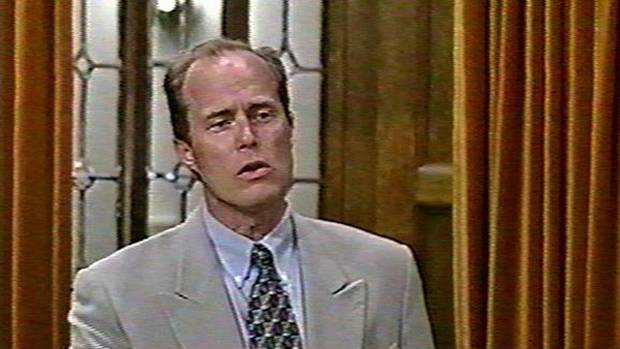 The former member of Parliament is taking another kick at the can, in part because he fears the party – now that it’s in power – will be gradually taken over by soft conservatives.

“We don’t need infighting within the party being what causes a meltdown, which can happen. It’s happened in other parties. I’d just like to be part of the team that says let’s keep going forward, and not self destruct,” he said.

He calls Stephen Harper “the best Prime Minister Canada has ever had” and opposes those who “would take us back to the house of big government programs, social engineering, high taxes, and the elitism of the nanny state.”

Mr. Lowther, 59, was a Reform MP who lost his seat to Joe Clark in one Calgary riding and then fell short in a tight nomination race against now-MP Blake Richards in another nearby. Now, he says three things are driving interest in the Alberta Conservative nomination races. One is the fact that Conservatives typically win their seats in Alberta, and a second is what he calls the party’s struggle against “forces at work” that would “like to have certain people in certain places to help certain causes or certain perspectives on.” The third, he said, is anyone trying to lay groundwork for a leadership campaign, by supporting candidates now in hopes that they become MPs and return the support whenever Mr. Harper resigns. “These leadership things start way back. People start aligning people in the right places, and building alliances, you know, five years or six or seven years before it’s really alive. A little bit of that is going on too, I think,” he said.