Of course he is setting up a consulting firm. From the time Stephen Harper got into an argument with a high-school geography teacher to his unseemly confrontation with Chief Justice Beverley McLachlin, he proved to be constitutionally incapable of deferring to anyone. He can only be his own boss.

Besides, he's not a lawyer, so the panelled walls of some Bay Street firm were never much of an option. Teaching? He never for a moment sought to hide his contempt for what he regarded as the cosseted, irrelevant elites in the academy. Writing? He always preferred to do rather than to say.

And of course, most of the work for the new firm will be outside Canada. Mr. Harper had grown from nervously suspicious of foreign entanglements to fascinated by them. The maternal health initiative and the trade agreements with literally dozens of countries are an important part of his legacy. After creating and leading the Conservative Party, and leading Canada for almost a decade as prime minister, he's had his fill of the domestic scene.

Besides, at the moment he may not want to dwell too much on the home front. The Liberals will be gunning to win his Calgary seat in the by-election, just to show how strong they are becoming in the West. Conservatives can blame Stephen Harper for that.

They can blame him for other things, too. His scorched earth election strategy drove suburban immigrant voters out of the Conservative coalition, leaving the party weakened in the all-important ridings of Greater Toronto and Greater Vancouver. The niqab debate. Barbaric cultural practices. Worst of all, according to senior Conservatives, the law to strip dual citizens who commit certain crimes of their citizenship. That one killed them at the door in the 905.

Whoever Mr. Harper was trying to win over with these toxic policies during the 2015 election campaign, the price he paid in immigrant votes and the votes of those who welcome immigrants was high. The new leader will have a long row to hoe to win them back.

But if you're one of the many who are glad to finally see the back of Stephen Harper, consider this: If he had been a nicer guy, and a Liberal, wouldn't you think of him differently? Because in fact much of his legacy was positive. It was the man himself so many people loathed, not the record.

If Liberal Leader Paul Martin had won the election in 2006 and proceeded to impose greater accountability on the public service, to cut taxes, to solve the softwood lumber dispute and to apologize and offer redress for the abuses at residential schools, dollars to doughnuts he would have received high marks all around.

If the Liberals had guided Canada with a sure hand through a dangerous recession, with the country emerging in better shape than any other member of the G7, they would have been hailed as saviours of the nation. If a Liberal prime minister had proposed electing senators and imposing term limits on them, critics would have given the idea a fairer hearing.

If a Liberal prime minister had negotiated landmark trade agreements with Europe and Pacific nations, he would have been praised for bringing the Canadian economy into the 21st century.

And if Liberal senators had been accused of cooking their expense reports, people would have shrugged. What story is older than Liberals at the trough?

You want even more proof? Stephen Harper was derisively given the Fossil of the Year award because of the Conservatives' carbon-reduction targets. Justin "Canada is Back" Trudeau, beloved of environmentalists, is using the same targets.

For those discontented with Mr. Harper, it was always about him. The chip-on-the-shoulder Westerner who couldn't care less what the faculty at Queen's University thought. (Though his son cares; he's studying there.) The man who joked he listened to Radio Canada in the morning just to get his heart pumping. The guy who trashed the census and abused the judges and prorogued the House and muzzled the scientists (by the way, have you heard from any happily unmuzzled scientists, lately?), as though this was the core of the thing.

The core, of course, was trade; the core was ending decades of warfare with the provinces by respecting their jurisdictions; the core was sound fiscal and monetary policy; the core was reforming and expanding immigration. Canada, after 10 years of Stephen Harper, is peaceful, prosperous, harmonious, well run, free, the envy of the world.

It's just hard to remember that when the wounds are still so raw, especially the ones that came at the end, the ones he inflicted on himself. 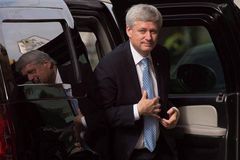 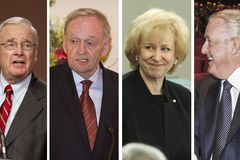 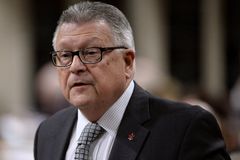 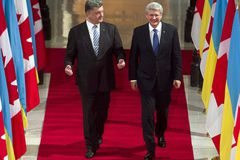