Thomas Mulcair has shied away from taking a firm stand on the Keystone XL pipeline, but enthusiastically echoes the lines of its opponents, including a union argument that the project would export jobs from Canada to the U.S. Gulf Coast.

In forging his policy on oil sands development, the New Democratic Party leader is appealing to two NDP constituencies that have not always seen eye-to-eye: environmentalists who argued for sustainable development and union leaders who demand policies that favour domestic workers.

In Washington this week, Mr. Mulcair condemned the federal Conservatives for failing to ensure the country's resource development is being done sustainably, an argument that is sure to win favour with environmentally-minded voters who might otherwise be tempted to support the Green Party.

But he also pointed to a union-backed study from Alberta that claimed, by shipping raw bitumen that could be upgraded in Canada, the Keystone project would result in a loss of 40,000 potential jobs in this country.

That estimate is based on a 2006 study done by Ottawa-based Informetrica for Communications, Energy and Paperworkers union, which assumes that if the bitumen is not sent down the pipeline to Texas, it will be processed in Canada. The union – which represents refinery workers in Alberta – says industry's preference for exporting raw bitumen has resulted in the cancellation of several proposed upgrader projects in the province, with the resulting loss of manufacturing jobs.

With his jobs argument, Mr. Mulcair is embracing a resource nationalism that fell out of favour in this country two decades ago. But it still crops up in places like Newfoundland and Labrador, where the government often insists that resource projects include some value-added processing, and even in Alberta itself where Premier Alison Redford is allocating some oil sands bitumen – handed over to the government in lieu of royalties – to support construction of a new upgrader in pursuit of jobs.

Indeed, the nationalist sentiment underpins much of the political support for TransCanada Corp.'s plan to convert an under-used natural gas pipeline to oil and ship western crude to eastern Canadian refineries. A project billed as "Canadian oil for Canada."

Mr. Mulcair's desire to ensure Canada maximizes the economic benefit of its resource development would find sympathy in Washington – at least as the notion is translated into American resources for Americans.

The U.S. already bans the exportation of domestic crude oil without a rarely-granted permit, but has no such limitation on foreign sales of gasoline and diesel from American refineries. And there is considerable resistance to the requests for government to approve large-scale natural gas exports, despite the vast supply resulting from the shale gas boom. Companies like Dow Chemical Co. argue the ultra-low natural gas prices represent a major boon to U.S. manufacturers, and Washington should not endanger that advantage by opening export floodgates.

NDP's resource nationalism may be better politics than economics. There is no indication that oil companies want to invest in additional upgrading and refining capacity in Canada, especially given the efficiency of Gulf Coast refiners and their easy access to export markets.

Instead, the bitumen might just be left in the ground if it can't get to markets. And that would suit Mr. Mulcair's environmental constituency just fine.

Shawn McCarthy covers energy and the environment in The Globe's Ottawa bureau. 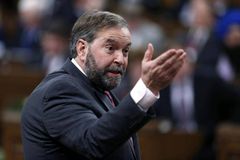 Opinion
No, Minister Oliver, the oil sands have not become 'green'
March 8, 2013 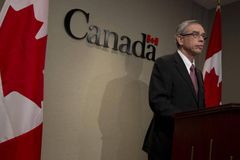