If you closed your eyes, you could almost imagine Stephen Harper is still prime minister.

Progressive voters who hoped Justin Trudeau would abruptly shift the federal government to the left once he became Prime Minister must be in despair as the new regime announces one conservative-friendly policy after another – further proof that when it comes to the really big decisions, the imperative of protecting jobs and the economy trumps human rights, the environment and other concerns in these difficult days.

For the umpteenth time, the Liberals campaigned from the left and now are governing from the centre-right. Only those born yesterday will be surprised by this.

The Globe's Robert Fife reports that the Trudeau government has made improving relations with China a priority, with the ultimate goal a new free trade agreement. The Conservatives, of course, were all about free trade, and only dragged their heels on a deal with China because of concerns about human rights abuses and the shady nature of China's state-controlled capitalism. But Mr. Trudeau appears ready to shrug off such technicalities.

In any case, the Harper government had already signed trade agreements with South Korea and the 11 nations of the Trans Pacific Partnership. Had the Conservatives been re-elected, they would probably have picked China as the next big target as well.

Speaking of trade versus human rights, Foreign Affairs Minister Stéphane Dion was quite indignant over the Saudi Arabian government's execution of 47 citizens, including a cleric who peacefully criticized the regime: "We reiterate our call to the Government of Saudi Arabia to protect human rights, respect peaceful expressions of dissent and ensure fairness in judicial proceedings," he declared in a statement.

But will this affect the $15-billion contract that the Harper government helped broker to sell military equipment to the Saudis? "A private company is delivering the goods according to a signed contract with the government of Saudi Arabia," Mr. Dion said, despite calls from human rights groups to cancel the deal. "The government of Canada has no intention of cancelling that contract."

John Baird could not have said it better. (Mr. Baird was foreign affairs minister in the third Harper government.)

The Liberals have taken a few token progressive steps: appointing women to half the posts in cabinet, restoring the long-form census, cancelling an ugly and intrusive monument to the victims of communism – that sort of on-the-margins thing. But on the big stuff, everyone is a Conservative, especially the Liberals.

In the war against Islamic state, Canadian jets continue to pound targets while allied governments wait for Ottawa to decide exactly how it intends to re-profile the mission. If the jets do come home, as Mr. Trudeau promised, expect Canada to ramp up efforts in other areas – especially in training local fighters – to compensate. More boots may actually be on the ground in Iraq and Syria under the Liberals than under the Conservatives.

In the fight against global warming, Mr. Trudeau went to Paris to announce: "Canada is back." But it is back with the same emission-reduction targets the Conservatives had. And meeting those targets will be as difficult and expensive – and therefore improbable – for the Liberals as they would have been for the Conservatives.

The Liberals promised to revamp the environmental assessment process for oil pipelines, then promptly allowed two major proposals – Kinder Morgan's TransMountain expansion to Vancouver and TransCanada's Energy East line to Saint John – to proceed under the old rules on the grounds that the reviews were already under way. Pipeline opponents rightly fear any changes the Liberals do impose on environmental reviews, if and when they get around to it, will be purely cosmetic.

There is one area where this government is markedly different from what we might have expected from a fourth Harper government: The Liberals are planning to rack up large deficits to invest in infrastructure.

We will find out in four years what voters think about that. 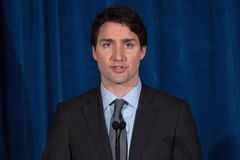