It's pretty easy for the Harper government and its industry friends to dismiss Neil Young's anti-oil sands crusade as a predictable and hyperbolic rant from one of the usual suspects.

The aged rocker – who has a long history of penning protest music – made some claims about the oil sands that are easily refuted. He left himself open to ridicule by claiming he doesn't rely on oil for transportation because he drives an electric car, even as he and his crew travel cross-country from Toronto to Winnipeg to Calgary for his "Honour the Treaties" tour this week.

But beneath the ad hominem attacks by industry supporters and some of the more dubious claims by Mr. Young himself, the rock star has done what celebrity protesters do best: he has generated debate. His tour with leaders from the Athabasca Chipewyan First Nation has turned the spotlight on real issues about what is a sustainable pace and scale of oil sands development, the impact on First Nations in the region, and the current government's record in managing the issue.

For Prime Minister Stephen Harper, Neil Young is probably not much a direct political threat.

His message will be received and amplified among those who already worry that the oil sands represents a major environmental threat, and those people were unlikely to vote Conservative in any case.

"For those that are already disinclined to support the oil sands, this is just another validation of their view," said pollster Nik Nanos. "But in terms of those Canadians who don't have a problem with the oil sands – notice I don't use the word 'support' – this is just celebrity noise."

Mr. Nanos said the Conservatives can actually benefit politically as opposition parties compete with one another to position themselves as stronger environmental stewards than the governing party, while the Conservatives emphasized economy over environment and offered reassuring promises that no project will be approved unless it is safe.

But Mr. Nanos said criticism of the government's environmental record could help undermine support from middle-of-the-road voters who have other concerns about its record.

In attacking Mr. Harper, Mr. Young may have undermined his own credibility with some of his more dramatic statements.

1. Comparing oil sands development near Fort McMurray to the atomic bombing of Hiroshima

Some 80,000 Japanese died immediately from the bomb blast on Aug. 6, 1945, and, in total, an estimated 140,000 died from direct and indirect impacts. While there have been questions about elevated cancer rates among aboriginal Canadians living downstream of Fort McMurray, so far nothing has compared with the dropping of an atom bomb. 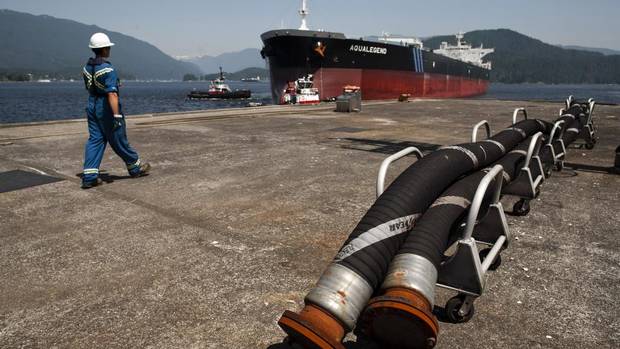 2. Saying all the oil sands production goes to China

It doesn’t and it won’t. But “oil to China” line has become a favourite refrain for oil sands opponents like billionaire Thomas Steyer. While there is a patriotic – bordering on xenophobic – appeal to it, it’s not obvious that selling oil to a growing China is a bad thing, anyway.

Certainly, the Harper government and industry want to build pipelines through British Columbia to allow for crude exports to China and other fast-growing Asian economies. 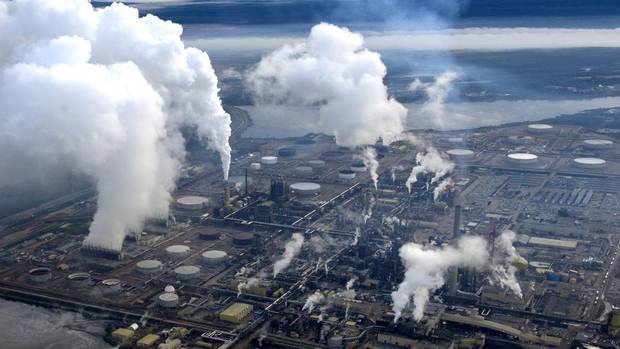 3. Arguing the oil sands development will create an industrial area the size of England

The extent of oil sands resource may be roughly the size of England, but the portion that can actually be mined is a small fraction of that total acreage. The rest will be produced using a drilling process know as steam-assisted, gravity-drainage, which has far less impact on the land. Even that approach raises questions of habitat loss and the need to protect species like the woodland caribou, but it will be nothing like the mine sites Mr. Young viewed on a helicopter tour of the Fort McMurray area last year. 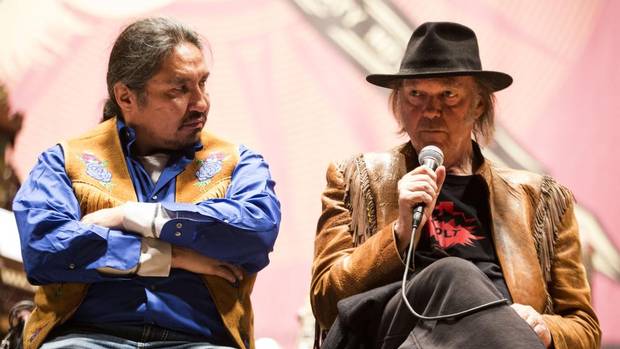 Something Neil Young got right

For all that, Mr. Young’s main preoccupation is fairness for the aboriginal people on whose traditional territories much of the development is occurring, and the honouring of treaties that were signed more than 100 years ago.

It’s not only celebrity rockers who recognize that First Nations have had a raw deal in the development of Canada’s vast resource sector. Federally-appointed advisers and industry executives have been known to make the same point.

The Athabasca Chipewyan group has undertaken several court actions that will test the precise nature of their treaty rights. But even Neil Young and Stephen Harper should be able to agree that First Nations communities need to play a greater role in resource-development decisions.