When Justin Trudeau was in Calgary last week, he brushed off a question from a TV reporter about whether he would try to recruit popular Calgary Mayor Naheed Nenshi to run as a candidate for his party in the 2015 election. "I think if I were to take Naheed away from the city of Calgary right now, Calgarians would never forgive me. You guys have a great mayor," the federal Liberal Leader answered.

But Mr. Trudeau might find it in his heart to whisk away the mayor's chief of staff.

The Liberal Leader's visit to Calgary this month – a trip he has been taking every few months – had tongues wagging once again about the party's 2015 federal election chances in the city that hasn't voted in a Liberal MP since a newly minted Liberal leader named Pierre Trudeau led his party to a majority government in 1968.

Although Mr. Nenshi himself is an avowed non-partisan, he does have partisan types around him, including his chief of staff Chima Nkemdirim – an unabashed Trudeau supporter.

Little-known outside of Calgary, Mr. Nkemdirim, 42, is political royalty in city left-of-conservative circles. A long-time friend and trusted adviser to Mr. Nenshi, he is often credited for a good part of the success of the come-from-behind mayoral campaign in 2010. In the weeks following Mr. Nenshi's first winning campaign, Mr. Nkemdirim left his work as a securities lawyer and partner at Fraser Milner Casgrain LLP – now Dentons – to become Mr. Nenshi's chief of staff. He has been the steady right-hand man to the mayor ever since.

According to Mr. Nkemdirim, he had a meeting of the minds with Mr. Trudeau over a beer on a Hyatt Regency Calgary patio two years, where the Liberal Leader tried to convince him to run in a by-election in Calgary Centre.

"We had a nice chance to chat about the country, and Calgary, and he was trying to convince me to throw my hat in the ring – which I decided not to at that time," Mr. Nkemdirim said in a recent interview.

There was too much work to do at the city, he contends. But he now acknowledges he is again considering a run in Calgary Centre in 2015, where during the 2012 by-election Liberal Harvey Locke came within 1,200 votes of beating Conservative – now MP – Joan Crockatt. The close shave for the governing Conservatives in a city that rarely votes for any other party – combined with Mr. Trudeau's popularity in national polls – has convinced many Liberals they have a fighting chance in the riding, and perhaps two or three others across the province. The party also has hopes in constituencies such as Calgary Confederation and Edmonton Centre.

In Calgary Centre, Mr. Locke may again seek the nomination, but Mr. Nkemdirim is also considering it.

"It's really a personal decision because I quite like the work I'm doing here at the city of Calgary. We have a big agenda to implement. I'm doing good work here and it's interesting and challenging work."

But even before he began work at the mayor's office, Mr. Nkemdirim was involved with provincial politics, helping on Liberal MLA campaigns, and then playing a pivotal role in the creation of the Alberta party – a nascent political movement for provincial Grits frustrated with their party's history of losses against a divided right.

He acknowledged the prospect of running as a Liberal in Calgary Centre is daunting. "It's one of those things – where can I have the most impact, here at city hall or give that up to try to see if I can get a seat in Parliament."

"It's a tough question but it's nice to be asked." 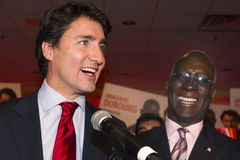 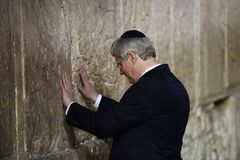 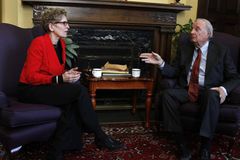 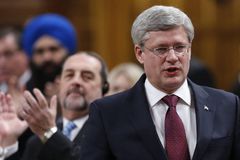 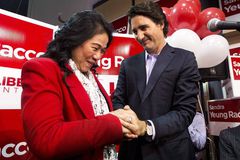 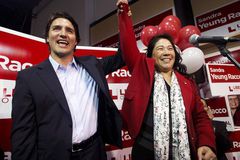