Canada's former governor-general has a buzz going in Paris and admirers in Africa, but Stephen Harper's government is still silent on whether they'd like to see her heading la Francophonie.

Michaëlle Jean, now 56, is interested in the job: secretary-general of la Francophonie, the Paris-based international organization with 57 members whose common link is the French language. As it happens Ms. Jean's term as UNESCO's special envoy to Haiti – a post she took immediately after leaving Rideau Hall – is up next fall, just when the Francophonie post will be filled.

It's a job that has a higher profile abroad than in Canada, held first by Boutros Boutros-Ghali, whose previous post was as secretary-general of the United Nations, and for the past decade by former Senegalese president Abdou Diouf. At 78, Mr. Diouf won't seek another term, and when France's Le Monde speculated last week on his successor, Ms. Jean's name was the only one mentioned.

But being first in the papers doesn't guarantee the job. Ms. Jean, who brought a high-profile style to her viceregal duties, would be overturning some of the way la Francophonie works just by getting the post. A campaign involves political back-rooming around the world and within Canada. And one key prerequisite is backing from Mr. Harper's government, which is still being cagey.

Le Devoir reported on Tuesday that Ms. Jean was given a glowing introduction to representatives of la Francophonie at a Paris reception thrown by Canada's ambassador to France, Lawrence Cannon, the former Conservative foreign affairs minister – implying unofficial support from Ottawa.

But Conservative insiders insist there was more coincidence than endorsement in the event. The reception was for International Cooperation Minister Christian Paradis, the federal minister for La Francophonie, who was in town for a Francophonie meeting, and several Canadian dignitaries were invited, including the ambassador to UNESCO, Jean-Pierre Blackburn, and Quebec's minister of International Relations, Jean-Francois Lisée. Ms. Jean was in Paris for UNESCO's General Conference, said her spokesperson, Micheline Laflamme.

Whether Mr. Cannon or Mr. Paradis were trying to give Ms. Jean unofficial help in testing the waters remains unclear – they did mention her presence, and her involvement in the Francophonie. But Mr. Lisée's spokesperson said he didn't hear talk of her candidacy while he was there.

At any rate, diplomats from a couple of Francophonie countries said they've heard the buzz that Ms. Jean is running, but Canadian officials haven't yet raised it with them – a sign that there's not yet any major federal government effort underway to line up support for a potential bid.‎ Questions to Mr. Paradis's office and other government officials brought no response on whether Ottawa supports it.

Ms. Jean isn't an official candidate – no one is yet – but she did say during a recent visit to Africa that she's interested. Ms. Laflamme, her spokesperson, said Ms. Jean is in a "period of reflection" and won't give interviews "until she's made a final decision." Usually, candidates don't throw in the hat officially until they have sounded out enough support to believe they can win.

There are certainly some in the Conservative government who didn't care for the vice-regal style of Ms. Jean, appointed during Paul Martin's tenure, as governor-general – and Mr. Harper chose a much less glamorous figure, David Johnston, as her successor. But it might also be wary to commit to a round of diplomatic horse-trading over the post if she's not likely to win – especially since the organization is far from a political priority for the Tories.

And there are obstacles. Quebec and New Brunswick are members of the organization, too, and there's speculation the Parti Québécois government won't care for a former governor-general in the post – Mr. Lisée has not said yet. A Canada-Quebec split would be damaging.

There is also an unwritten rule of north-south sharing of the top jobs: usually the secretary-general comes from the southern hemisphere, and the organization's top bureaucrat, the administrator, from the north. Ms. Jean would be overturning that tradition, in an organization where African nations are the biggest bloc. Right now, that rule is a double obstacle, because the administrator is a Canadian, Clément Duhaime.

But Mr. Duhaime told Le Monde he'd resign if a northern-hemisphere secretary-general is chosen. And Ms. Jean is weighing her chances. 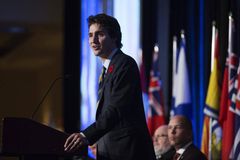 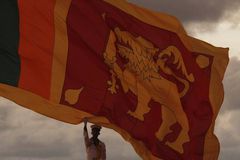 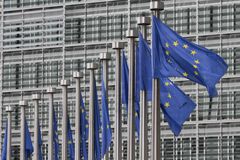 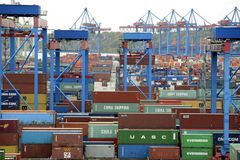 Francophonie summit brings Harper to a city in lockdown
October 12, 2012 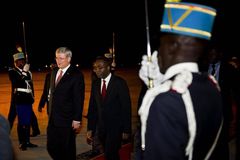