As the Ontario election campaign enters its second full week, the race between the Progressive Conservatives and Liberals remains close. But there is still little consensus among the polls on whether it is Tim Hudak or Kathleen Wynne who is in the most advantageous position.

The Tories continue to hold a narrow lead in voting intentions, according to a ThreeHundredEight.com analysis, with the projected support of 37 per cent of Ontarians. That is an insignificant one-point uptick from last week. The Liberals have picked up three points, to move to 36 per cent support. The New Democrats remain in third, down one point to 23 per cent, while the Greens have 4 per cent support.

This results in few changes in the number of seats the three parties could potentially win: 36 to 53 seats for the Liberals, 34 to 52 seats for the Progressive Conservatives, and 17 to 23 seats for the New Democrats. What little shift there has been shows a drop in the Tories' floor and an increase in the Liberals' ceiling. Neither party is currently in a strong position to form a majority government. That is, according to the aggregate.

The search for consensus continues

Since last week's look at the polls, five new surveys have been publicly released. While, on average, they show a close race, they have individually suggested very different things. Two of the five polls gave the Progressive Conservatives a substantial lead of between six and 11 points. The other three gave the Liberals a more modest lead of between three and six points. The Tories have been pegged at between 33 and 42 per cent support, the Liberals at between 31 and 39 per cent, and the NDP at between 20 and 28 per cent.

The mode of contact itself is unlikely to be the culprit. Of those five surveys conducted in the last week, two were done over the telephone with live interviewers, two were done online, and one was conducted via interactive voice response. Neither of the two telephone or online polls agreed on which party was in the lead. The IVR polled showed the tightest race.

Due to the lack of consensus in the polls, it is particularly important to look at the trends from one poll to the next conducted by the same pollster. In this regard, they are individually showing a good deal of stability. Though the last three polls from Forum Research stretching back to early April that have shown steady progression for the Ontario Liberals, the polls by the Innovative Research Group and Ipsos Reid have shown no significant trends in either direction for the three major parties. Even the wobbling recorded by Forum may be nothing but a statistical fluke, due to the firm generally conducting its polls over one evening, when daily events can cause the numbers to fluctuate back and forth more dramatically.

At this stage of the race, then, it appears that support may be holding steady.

Ontario politics remain starkly regionalized, with each party's support in their best and worst regions differing by double digits.

The PCs hold substantial leads in eastern (46 per cent) and southwestern (41 per cent) Ontario, where they could win half of their seats. The party is also in front in northern Ontario (36 per cent). The PCs' support has increased in the eastern part of the province since last week, and their position in Toronto has improved to 31 per cent, but the party has also taken a step backwards in the 905 area code in the Golden Horseshoe (down to 33 per cent).

The Liberals continue to lead in Toronto with 40 per cent, and appear to be making some gains in the eastern (35 per cent) and southwestern (28 per cent) corners of the province, as well as in the wider GTA (40 per cent).

The New Democrats are strongest in northern Ontario (26 per cent), but are also competitive in Toronto (24 per cent) and the 905 area code (23 per cent), which includes their stronghold of Hamilton. 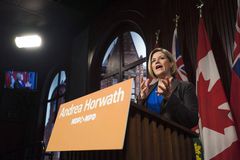 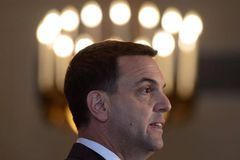 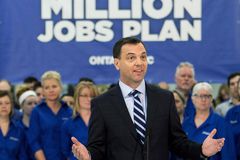 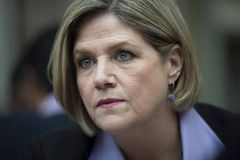 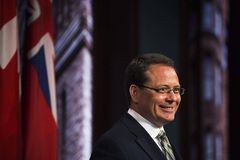 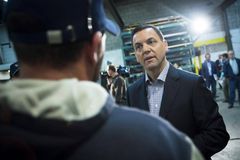