Less than a year ago, Liberal MP Marc Garneau stood up in the Commons to demand prime minister Stephen Harper personally contact the King of Saudi Arabia to seek the release of blogger Raif Badawi, a man sentenced to 10 years in jail and 1,000 lashes for suggesting a few modest reformist ideas.

On Wednesday, Justin Trudeau's Liberals will mark six months in power, but their zeal for prime ministerial intervention has markedly declined. Mr. Trudeau hasn't stepped into the case. Instead, the Liberals have decided it's better to keep their diplomacy relatively quiet, and go slowly.

It's an approach that raises a question for Mr. Badawi's wife, Ensaf Haidar. "Slowly, until when?" she said. "It's been four years."

Ms. Haidar and her three children, aged 8 to 12, now live in Sherbrooke, so it's not surprising that she'd look to Canadian politicians to speak out for her husband. And in fairness, they have. The NDP, notably Ms. Haidar's local MP, Pierre-Luc Dusseault, has pressed the case. So did the Liberals, like Mr. Garneau, who put forward a motion calling on the Saudi government to release him which was passed unanimously by the Commons.

But politicians haven't spoken as loudly from the seat of power. Mr. Garneau is now the Transport Minister in Mr. Trudeau's cabinet. Ms. Haidar has met Mr. Trudeau, but not since he became prime minister.

Opposition critics, like Mr. Dusseault, question whether commercial relations, notably the $15-billion deal to sell Canadian armoured vehicles to Saudi Arabia, encourage prime ministers to hold their tongues about a human-rights case. "I wouldn't be surprised if that's part of the equation for Mr. Trudeau and for [Foreign Affairs Minister Stéphane] Dion," Mr. Dusseault said.

Mr. Badawi's case has become a cause in many countries. He was arrested in 2013 for creating a website, Free Saudi Liberals, that gently chided some of Saudi Arabia's repressive institutions, notably its religious police, and promoted liberal, secular notions. He was sentenced to jail and the whip in 2013 for insulting Islam and violating Saudi cybercrime laws.

Ms. Haidar, in Ottawa to mark World Press Freedom Day on Tuesday, said the charges never made any sense: He was never anti-Muslim; he was just critical of organizations like the religious police that almost everyone wanted to reform. He is, according to Amnesty International, a prisoner of conscience, and subject to cruel punishment: 50 of 1,000 lashes have been carried out.

The European Parliament gave Mr. Badawi the 2015 Sakharov Prize for Freedom of Thought, and Reporters Without Borders gave him their 2014 Netizen prize; Many other international organizations have recognized him. Mr. Dusseault argues that the country where Mr. Badawai's wife and children live should be more vocal.

Mr. Trudeau, however, said last month that pressure could backfire: "Sometimes, pushing too hard, too quickly has harmful consequences for the people you want to try to help," he said in an interview with a Montreal radio station.

Mr. Trudeau's press secretary, Cameron Ahmad, didn't specifically answer a question about a personal intervention by the PM, but noted Mr. Dion raised the issue with Saudi Arabia's foreign minister. "Canada is closely following the situation and will continue to express our deep concern over Mr. Badawi's situation and will continue to call for clemency to be granted in his case," he said.

It's true that it's not always easy to find tactics to force a foreign government to free a prisoner. Ms. Haidar has asked Ottawa to grant Mr. Badawi Canadian citizenship, for example, arguing that would make the Saudi government respond to Canadian pleas. But there's no real reason the Saudis would be forced to respond to a ploy to grant citizenship to someone who has never lived here.

But Ms. Haidar thinks Mr. Trudeau should get involved. "I think there are more things that can be done," she said. "I hope he asks Saudi Arabia to free Raif."

So far, however, Mr. Trudeau hasn't walked the talk that his party promised when in opposition. The transition to power seems to have made the Liberals less vocal about human rights, at least in this case, one that clashes with commercial interests. Once the Liberals called for direct intervention from the top leader. Now, Mr. Dusseault noted, "the strategy seems to be discretion." 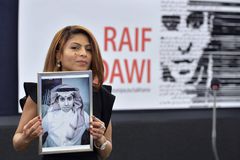 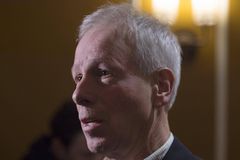